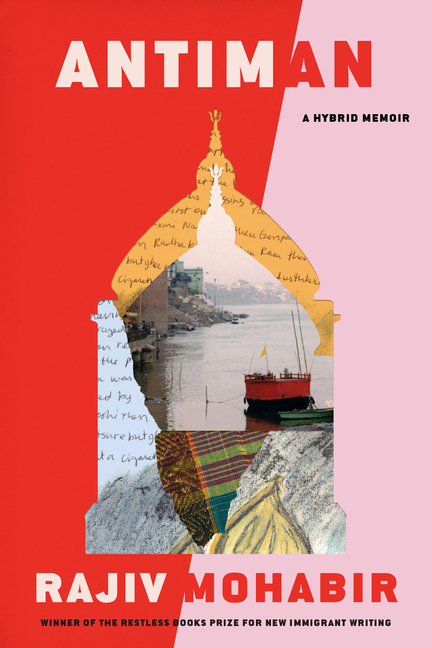 A hybrid memoir that blends literary genres to tackle questions of caste, ethnicity and sexuality, while exploring the author's experiences as an Indo-Guyanese queer poet and immigrant to the United States.

What The Reviewers Say
Rave Anita Felicelli,
The Washington Post
... passionate ... While the memoir richly explores an awakening to anti-colonial politics and a queer coming-of-age, its emotional core is the anguish of repeatedly being made to stand apart ... the author nods toward contemporary literary conventions in which prose is clouded by doubt about the author’s perceptions. However, Mohabir is not starting from a posture of self-assurance, as are some other memoirists. He writes into emotional and political clarity to wrest himself from pain inflicted by his father. Accordingly, he renders caste discrimination with curious bafflement, while his critiques of white supremacy and colonialism are infused with fire ... The memoir refuses genre. Instead, it invents its own radical, striking, fragmented form, which reflects Mohabir’s efforts to mend himself...His stunning original poetry flies abreast of translated Bhojpuri songs. Anti-colonial polemic enlivens prose about his quest for a place his fluid self might move within rigid lines of identity ... makes its own way in American letters. Transfused with what Mohabir calls in his Author’s Note, 'the queerest magic' of his Aji’s songs, it’s an incomparable, hybrid account of self and family that defies expectations. Singular, fierce: That’s the gorgeous sound of a bird taking flight.
Read Full Review >>
Rave Babi Oloko,
Los Angeles Review of Books
Antiman wonderfully lives up to its description as 'a hybrid memoir.' As I read poet Mohabir’s debut foray into nonfiction prose, I was reminded of my affinity for collage art—the way that so many different pieces of art can come together in surprising ways to make something beautiful and unexpected has always fascinated me. I found Antiman to be a collage of sorts. Mohabir weaves together stories, prayer lyrics, journal entries, dictionary definitions, and musical chords to create his kaleidoscopic, genre-defying memoir ... Through his prose written with the enigma of poetry, and poetry written with the movement of prose, Mohabir shares his experiences living life in America as a brown, queer, Indo-Guyanese man ... One of the most poignantly written relationships described in Antiman is that between Mohabir and his grandmother ... Mohabir does a wonderful job of balancing sadness and regret with humor and joy ... Mohabir’s experiences are vastly different from my own, yet Antiman is written with a poignant universality that invited me to deeply empathize with him ... Anyone who has struggled to belong, forced to put different pieces together to create an imperfect home in which to take refuge, will learn from Mohabir’s enthralling vulnerability in Antiman.
Read Full Review >>
Rave Anish Kumar,
Brown Girl Magazine
Mohabir has a unique ability to conjure vibrant images of his myriad settings, relying on his mastery as a poet to blend his words into senses. This is seen on almost every page ... Mohabir frequently draws on his formal poetic training, switching often between narrative prose and verse. Chapters alternate between simple exposition and vivid poetry, juxtaposing conventional narration with poetry and song and even diary entries ... It can feel disorienting—even jarring—to be punted back and forth between various styles of narration. But ultimately, the structure of the memoir only enriches the reading experience. It’s through the variation in writing that Mohabir’s voice emerges with genuine vigor and clarity. It’s a voice that varies not just in style, but also in language ... just as language can change, evolve and be reclaimed, Mohabir shows us readers that so can one’s journey home.
Read Full Review >>
See All Reviews >>
SIMILAR BOOKS
LGBTQ Stories

The Letters of Thom Gunn
Thom Gunn
Rave
What did you think of Antiman: A Hybrid Memoir?
© LitHub | Privacy