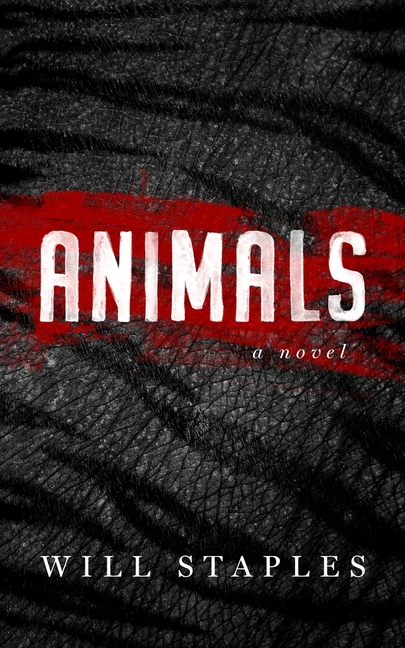 When rhino poachers kill two of his fellow rangers in Kruger Park, South African Defense Force veteran Cobus Venter reaches his breaking point. Quitting his job, he embarks on a vigilante mission to take down the animal-trafficking syndicate from the inside. Meanwhile, in Florida, insurance investigator Randall Knight is called to a private roadside zoo, where a new tiger cub of suspect lineage brought a virus that wiped out all the zoo's tigers. The disease is just one species jump away from erupting into a deadly global human pandemic. What starts as a simple insurance claim leads Knight to discover a shocking new evolution in the business of illicit animal trafficking. Animals is set in the world of global animal trafficking and follows converging story lines into a dark maze of corruption and organized crime, and through the journeys of the main characters, the novel explores the factors driving the exploitation and ruin of the natural world.

What The Reviewers Say
Rave Blaine DeSantis,
Mystery & Suspense
... one of the most eye-opening books I have read in years ... Staples writes a thriller that is both fascinating and educational as to the plight of these animals. The book has numerous storylines that easily converge ... Animals may not be for the squeamish, as the reader is exposed to the dark side of this international trafficking. But this is a thriller like few others that I have read ... It is a book that shows the worst of humanity, as well as giving us hope that there are those out there who are doing all they can on behalf of the animal kingdom. This is an important book that we all need to read.
Read Full Review >>
Rave Donna Seaman,
Booklist
With the encouragement of Leonardo DiCaprio, Jane Goodall, and other wildlife activists, screenwriter Staples wrote this first novel to reveal the gruesome truths about the trafficking of endangered animals for allegedly medicinal and certainly decadent purposes, a little-known yet catastrophic realm of organized crime. Staples’ gutsy in-the-field research shapes this webby ecothriller and its intriguing characters gone rogue in pursuit of justice ... With hard-edge cinematic action and psychological depth, Staples dramatizes with jolting specificity horrific crimes against wondrous, precious animals as cartels and their craven customers 'cash in on the end of the wild' and threaten the 'death of life itself.' Staples’ gripping and awakening tale should have a resounding impact.
Read Full Review >>
Positive Kirkus
Screenwriter Staples’ first novel provides a kaleidoscopic view of the horrors of African poaching ... The author’s conscientious, sometimes labyrinthine plotting takes quite a while to gather momentum. From the beginning, however, he excels in creating scene after scene of uncompromising cruelty and sadness. Above all, Staples brings out the beasts in his human cast.
Read Full Review >>
See All Reviews >>
SIMILAR BOOKS
Fiction

Find You First
Linwood Barclay
Positive
What did you think of Animals?
© LitHub | Privacy