Animals Eat Each Other 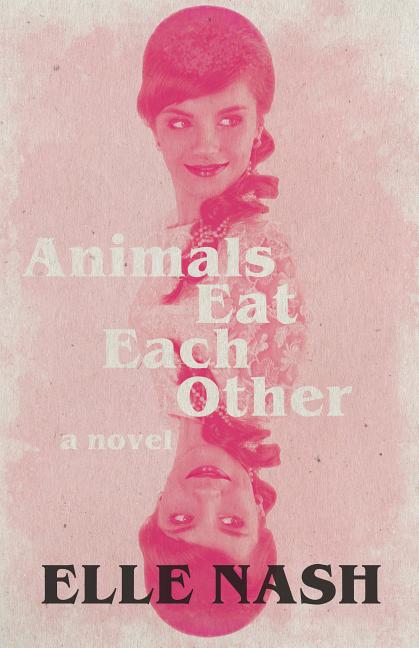 A girl with no name embarks on a fraught three-way relationship with Matt, a Satanist and a tattoo artist, and his girlfriend Frances, a new mom.

What The Reviewers Say
Rave Alina Grabowski,
The Masters Review
One of the most remarkable aspects of this novel is the way Nash is able to not only write believable sexual encounters (there is no cringe-worthy figurative language here), but deconstruct them honestly and astutely. She’s particularly apt at capturing the hollow feeling that can accompany physical intimacy ... Impressively, Nash frequently unpacks such moments, rather than simply leaving them as sharp details ... Nash is constantly doing the difficult work of untangling the threads of desire and attraction, vulnerability and self-destruction. Her unflinching take on female sexuality is reminiscent of Merritt Tierce’s fierce and brutal book, Love Me Back ... At a slim 128 pages, the novel moves quickly. This is a taut examination of sex and desire, but despite its page count, the narrative sometimes feels static ... Nash is an acute observer of human appetites, and Animals Eat Each Other establishes her as a voice on the rise.
Read Full Review >>
Rave Katharine Coldiron,
3:AM Magazine
What separates a diary from a chronicle? ... I puzzled over this distinction many times as I read Elle Nash’s novel, Animals Eat Each Other, as I marvelled at its odd, wry chapter titles and the economy of its language, as I fretted over its obsession with obsession and the avoidable mistakes the narrator kept making ... the narrator also performs a great deal of psychological and practical analysis of the novel’s events, which keeps the narrative from meandering ... Rarely has self-harm been described with such clarity, but the tone is, let us say, not uplifting ... The more I revisited the book, the more I admired its care and intention. However, it’s hardly a book for everyone. The events and actions depicted in this novel are almost universally unpleasant, even repellent, and some readers may have difficulty feeling sympathy ... its emotional territory is enormous and largely unmapped ... expertly written.
Read Full Review >>
Positive Zack Ravas,
ZYZZYVA
Along the way, Nash peppers the novel with rich details ... The novel’s brevity works in its favor since the narrative’s fleet-footedness reflects Lilith’s lack of deliberation.
Read Full Review >>
See All Reviews >>
SIMILAR BOOKS
Coming Soon

Night of the Mannequins
Stephen Graham Jones
Rave
What did you think of Animals Eat Each Other?
© LitHub | Privacy