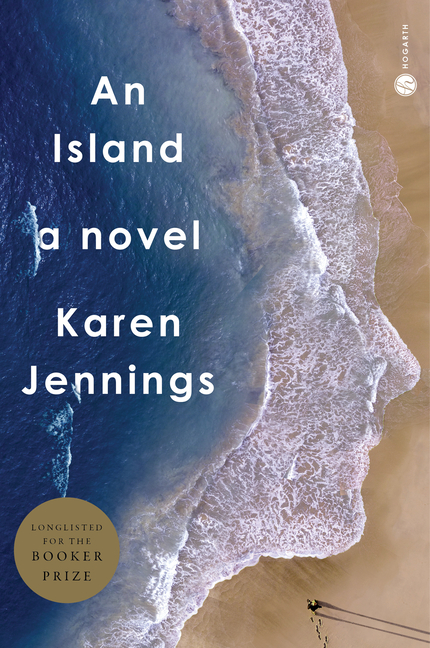 Samuel has lived alone on a small island off the coast of an unnamed African country for more than two decades. He tends to his garden, his lighthouse, and his chickens, content with a solitary life. Routinely, the nameless bodies of refugees wash ashore, but Samuel—who understands that the government only values certain lives, certain deaths—always buries them himself. Longlisted for the Booker Prize.

What The Reviewers Say
Rave Lydia Millet,
The New York Times Book Review
... beautifully and sparingly constructed. The sections in the narrative present are a tactile evocation of the natural and material world around these two men; and in the flashbacks to Samuel’s coming-of-age and then torturous captivity, Jennings renders a gritty and stripped-down portrait of the bleak family dynamics and social conditions that made him who he is ... In Jennings’s hands, this antihero’s enmeshment in his own failures has a textured credibility that’s hard to look away from. At every turn he disappoints himself, as well as others; at every turn these disappointments settle atop each other like the bodies he buries beneath the stones ... a character study with the cross-cultural resilience of a fable, like Kobo Abe’s The Woman in the Dunes, operating on personal and symbolic planes at the same time ... No plot summary can do justice to a story woven this carefully, whose strength lies in its deliberate pacing and sharp dispensation of detail. Samuel is as real as a shaking hand.
Read Full Review >>
Rave Hephzibah Anderson,
The Observer (UK)
... taut, tenebrous ... The claustrophobia of its setting is compounded by its timeframe, the main action taking place over just four days, yet its themes are expansive. Here is a tragic tale that grapples with colonialism, xenophobia and political resistance, along with the plight of displaced peoples ... Jennings, a Cape Town millennial, is a published poet, and flashes of linguistic brio enliven a narrative that’s largely characterised by immense weariness of both body and soul. Other aspects of her identity – notably, her whiteness – complicate her endeavour ... its deft execution and the seriousness of its political engagement serve as a potent reminder of all that such titles add to the literary ecosystem. Those same qualities should also win it readers well beyond awards season.
Read Full Review >>
Rave Catherine Taylor,
The Guardian (UK)
... thoroughly absorbing ... An Island’s principal action occurs over four days, yet within that timescale Jennings manages to compress the turbulent history of an unnamed African country and its disastrous effects on the life of one man, Samuel ... this is a book of incremental revelations and insoluble ambiguities ... Jennings creates an artful balance between the tense claustrophobia of the island and Samuel’s backstory and subsequent self-loathing ... a small but powerful book, with the reach of a more capacious work, compounding merciless political critique and allegory rendered in tender prose.
Read Full Review >>
See All Reviews >>
SIMILAR BOOKS
Fiction

Kaleidoscope
Cecily Wong
Rave
What did you think of An Island?
© LitHub | Privacy