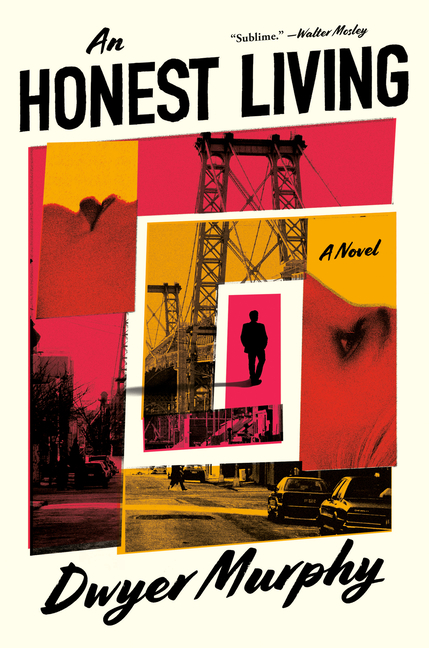 The debut from the editor-in-chief of CrimeReads, in which an unwitting private eye gets caught up in a crime of obsession between a reclusive literary superstar and her bookseller husband, pays homage to the noir genre while reinventing it.

What The Reviewers Say
Rave Christopher Bollen,
New York Times Book Review
Like the best noir practitioners, Murphy uses the mystery as scaffolding to assemble a world of fallen dreams and doom-bitten characters ... Murphy’s hard-boiled rendering of the city is nothing short of exquisite. It’s a landscape of reeking garbage, of salty rain sweeping off the ocean, of Midtown towers that look 'ghostly like a mountain range,' ... For anyone who wants a portrait of this New York, few recent books have conjured it so vividly. For those who demand a straightforward mystery without any humor, romance and ambience, well, forget it, Jake, it’s literature.
Read Full Review >>
Rave Anthony Domestico,
Boston Globe
...one of many delightfully meta passages in Dwyer Murphy’s debut crime/literary novel, An Honest Living. Murphy has earned this self-reflexivity. Editor in chief of the website CrimeReads, he knows not just where the bodies are buried but how readers want them to be discovered ... An Honest Living is filled with noir tropes: mistaken identities; forged manuscripts; fenced goods; coffee at diners and bodegas and train stations; a city whose 'small, dying shops' and 'ghostly vistas' are about to be rezoned and spun into staggering wealth, if only you can jam your snout into the trough ... As Murphy well knows, the crime novel is anything but efficient. I can rarely remember the ending of a good detective novel, but I can almost always remember its texture, the feeling it evoked and the atmosphere it placed me within ... An Honest Living resolves some of its plot mysteries but not all of them. It introduces us to various worlds-within-worlds—the antiquarian book trade; big city law firms — but refuses to neatly tie them all together. The novel concludes, no spoiler here, with this sentence: 'I closed my eyes and in the wind was a trace of salt.' This is the way a good noir ends: not with a plot but with a vibe.
Read Full Review >>
Rave Chris Murphy,
Mystery Tribune
...the book explores city consciousness as much as it does its characters’ motivations. The New York of the era, before it was entirely lost to developers and hyper-gentrification, is in fact a character in this novel, one that figures crucially ... Murphy’s postmodern but highly readable story manages to bring readers into a specific time and place—the Manhattan and Brooklyn of the mid-2000s—in such a way as to give life to the city as much as the people, and to tell us something about both the thrill of living there, and the existential (?) quandaries that necessarily ensnare these urbanites at the same time ... [an] excellent mystery novel ... There are funny, clever, and genuinely important references to notable works of literature and film throughout, a feature that supports the plot and adds a bit of clever novelty. It would be easy to bungle this, to come off as pretentious, as self-consciously 'literary.' But Murphy manages it all so deftly that the material always seems to please, like a puzzle ... if you’re interested in a smart mystery, in a page-turner of a book that’s 'meta' in a good way, you won’t do wrong to pick up Dwyer Murphy’s An Honest Living.
Read Full Review >>
See All Reviews >>
SIMILAR BOOKS
Fiction

The Devil Takes You Home
Gabino Iglesias
Positive
What did you think of An Honest Living?
© LitHub | Privacy