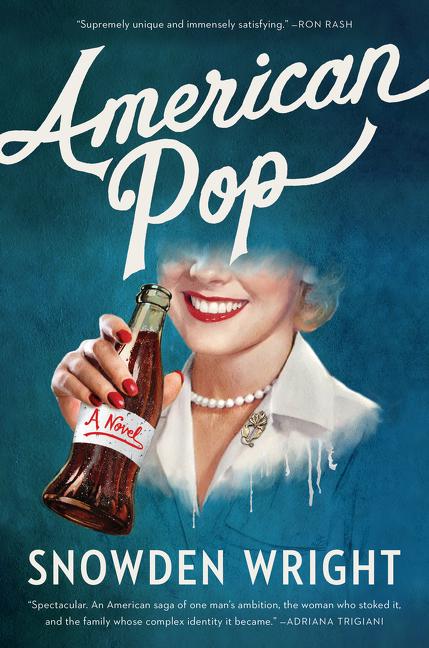 Moving from Mississippi to Paris to New York and back again, a saga of family, ambition, passion, and tragedy that brings to life one unforgettable Southern dynasty—the Forsters, founders of the world’s first major soft-drink company—against the backdrop of more than a century of American cultural history.

What The Reviewers Say
Rave Sam Sacks,
The Wall Street Journal
Mr. Wright’s imagined history of the rise and fall of the sugary drink empire is so robust and recognizable that you might feel nostalgic for the taste of a soda you’ve never had ... Mr. Wright loads his account with feuds, shifting alliances and skeletons in the closet ... The dizzying structure places the emphasis on spectacular incidents rather than sustained drama, so, perhaps fittingly, the short chapters go down like snack food.
Read Full Review >>
Positive Steve Nathans-Kelly,
New York Journal of Books
Succeeds almost in spite of itself, risking the generally ill-advised gambit of a first-person plural narrator ... Though too untethered to a timeline and too peppered with sobering spoilers to comprise a traditional rise-and-fall story, American Pop delivers a wondrously mosaic-like, multigenerational chronicle ... It’s almost as if Wright’s aim is to interpret rather than tell a story that exists only in his telling ... what makes Houghton Forster’s family quintessential is profound and unerringly relatable personal dissolution and pain, invariably made more burdensome by the family’s prominence ... It’s not always entirely clear when Wright is weaving references to real or imaginary historians into the book, but that’s half the fun ... it’s hard to fault a book suffused with so many delightful and rewarding surprises for confounding expectations one more time.
Read Full Review >>
Positive Mari Carlson,
BookPage
The effervescent opening scene of Snowden Wright’s second novel never goes flat—and the same goes for the rest of the novel ... In the vein of To Kill A Mockingbird and more recent classics like The Twelve-Mile Straight and Miss Jane, American Pop explores the South’s dark side. A probing cultural history, the book is also a literary innovation: The time and place shift from paragraph to paragraph, and its main characters are all antiheros, cathartic and prophetic more than admirable, while the outliers, the family’s dark-skinned 'help,' become heroes ... In its fluid sense of setting and unorthodox cast, the novel rebuffs nostalgia with a fresh perspective. A bubbling satire, American Pop explodes into more than a family portrait; it is our continuing American saga.
Read Full Review >>
See All Reviews >>
SIMILAR BOOKS
Coming Soon

The Forger's Daughter
Bradford Morrow
Rave
What did you think of American Pop?
© LitHub | Privacy