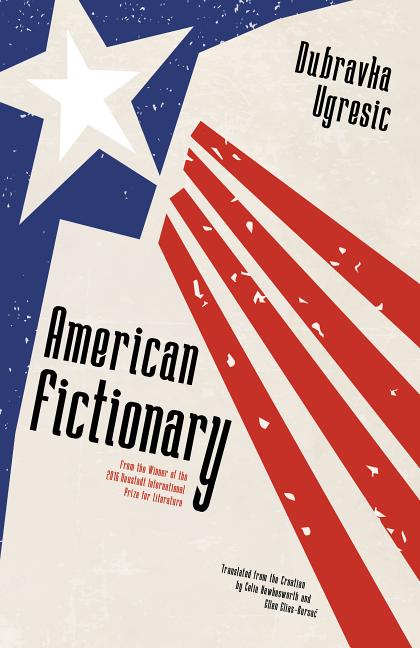 A 1994 essay collection by the esteemed Croatian writer living in New York—Have a Nice Day: From the Balkan War to the American Dream—gets a reboot and an update in this volume, which contrasts the barbarism of Balkan politics with the shallowness of America's cultural obsessions.
Positive
Based on 2 reviews

What The Reviewers Say
Positive Mekiya Walters,
The Arkansas International
Ugrešić’s American Fictionary displays the darkly comic, genre-bending prose that has long established her as a commentator on the breakup of Yugoslavia, the rise of mass consumerism, and the plights of displaced persons. Celia Hawkesworth and Ellen Elias-Bursać, established Ugrešić translators, offer English readers a deft rendering of her prose, marked by wry observations and a dizzying associative capacity ... Ugrešić presents each essay as an entry in a fictional dictionary, but her organizing principles are poetical, not alphabetical ... In the years since Ugrešić penned these essays, they’ve only grown more relevant.
Read Full Review >>
Mixed Jeff Tompkins,
Words Without Borders
Many of Ugresic’s observations on American life read as slightly too familiar humanist critiques of U.S. capitalism ... long passages about plastic organizers and muffins strain under the metaphorical weight Ugresic assigns to those modest signifiers ... Fortunately, American Fictionary becomes much more incisive when Ugresic narrows her satirical lens. She is scathing on the blithe condescension her status as a European fleeing a war-torn country elicits in many of the Americans she meets. The intelligentsia comes off worst of all ... A poignant, unrequited love underlies Ugresic’s frustration with her host country. One of the best entries in this 'fictionary' is the chapter 'Yugo-Americana,' which describes how American popular culture saturated the Yugoslavia of her childhood ... Uneven but bracing, American Fictionary led me to ponder what Ugresic calls the 'protective shields of indifference' most of us adopt when faced with terrible events taking place somewhere just over the horizon.
Read Full Review >>
See All Reviews >>
What did you think of American Fictionary?
© LitHub | Privacy