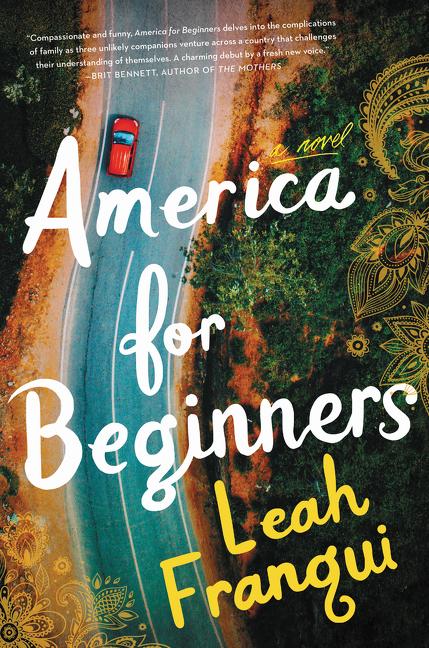 A prim widow from India travels to California—in the company of a guileless but resourceful Bangladeshi immigrant and an struggling young East Coast actress—to learn the truth about what happened to the son who was declared dead shortly after he revealed his sexual orientation to their traditional family.

What The Reviewers Say
Positive Sam Sacks,
The Wall Street Journal
Ms. Franqui covers the latent melodrama of this story with the amusing misadventures of the tour. The culture clash is rooted in rules of propriety ... The pleasure of this smart, mild-mannered novel is that, through its juxtapositions, the reader, too, begins to see the country afresh. Pival acutely reflects on the unruly power of Niagara Falls, the deep sadness of the Lincoln Memorial and the contrived prurience of Las Vegas. The novel returns the embattled promise of freedom to the heart of the immigrant’s tale. The old idea that America is where you come to re-create yourself, to live according to your own lights, animates this book like a misplaced truth newly rediscovered.
Read Full Review >>
Rave Library Journal
A tender, funny, wrenching, beautifully executed tale of three lost souls who traverse the chasms of cultural, generational, and geographical divides to forge some bonds strong and true enough to withstand life’s gut punches.”
Positive Emily Gray Tedrowe,
USA Today
America for Beginners is a compelling story deepened by characters who grapple with identity and nationality in situations that are sometimes funny, and often painful ... the heart of this novel is Pival’s wrenching self-realization about how she and her culture treated her gay son. We empathize with her sorrow at discovering too late how she might have acted differently. Readers may chafe during the first several chapters, while the plot gets set in motion a bit too slowly ... Still, Franqui's novel resonates as a strong contemporary story about cross-cultural alliances, the bonds of family and what it means to 'learn America.'
Read Full Review >>
See All Reviews >>
SIMILAR BOOKS
Coming Soon

The Harpy
Megan Hunter
Positive
What did you think of America for Beginners?
© LitHub | Privacy