To Sleep in a Sea of Stars
Christopher Paolini
What The Reviewers Say
Rave Cassie Schulz,
Tor.com
It delivered ... This 800+ page epic took Paolini over nine years to write, and it shows. To Sleep in a Sea of Stars is fleshed out in ways I didn’t think possible. The world Paolini has built is tangibly real. I believe his universe, and I believe his characters. What’s even more delightful is how quirky his new world is. Some aspects of the universe are eccentric, and I am here for it. Once I reached part two and met the colorful crew of The Wallfish, I was sold ... I will be forever grateful. There are ship pets and puns and a fantastically off-center ship mind named Gregorovitch, who speaks in riddles that only he truly seems to understand ... One of the things that truly centers Paolini’s work is how completely human the, well, humans are ... Despite this story starting in the year 2257, the humanity in this story is optimistic and it’s recognizable...every aspect of humanity is visible, raw, and familiar ... I also could not get over the dialogue between characters. The quips and relationships are natural. Paolini’s ability to create believable characters, including our walking disaster of a lead, Kira, has become something else in his time since Eragon. I found myself laughing at the puns and staying for the connections between characters ... I knew I would enjoy To Sleep in a Sea of Stars, but I didn’t know I would fall in love with it. There may not be dragons, but there are space squids, and that’s enough for me.
Read Full Review >>
Positive Tracy Truffles,
The Nerd Daily
... a wild ride from the start to the end. If you’re a fan of plot-driven books with lots of action, this is definitely it ... Paolini set up this world so well. I was entranced and needed to find out more about how Earth had changed and evolved as I kept reading. Technological advances are heavily involved in this book like travelling on ships by the speed of light and science-y goodness I can’t even begin to fully comprehend, that any science nerd will relish ... Kira was a great protagonist that had an interesting character development ... The highlight of this book was definitely the side characters, I loved learning more about them and having a great spaceship crew with banter and team chemistry ... The best and worst part of this book is the pacing. First off, the plot was written so well in that I had no idea what was going to happen next. I was always on the edge of my figurative seat, not knowing what else Paolini would throw at me in these pages. However, this book was like a science fiction novel incorporating the pacing of a K-Drama. At least for the first half of this book, it was a bit crazy how things would go from 0 to 100 then back down to 0. There were many peaks and high action moments with insane plot twists then suddenly sections that slowed down dramatically. It made it a little hard to get into the book because the pacing wasn’t consistent nor had a specific end goal to the plot until 50-60% in when things really got going. That being said, it did manage to keep my attention and keep me reading because I wanted to get to the next part and find out what happens ... At 880 pages, Paolini could have easily cut it in half and sold it separately ... What did strike me was the jarring writing style [[Paolini] sometimes switched to during visions/flashbacks. The style was so different and came off like he was trying to write in prose; with beautiful sentences and descriptions. Sure those excerpts added some flare but overall I wasn’t a fan of the change, it was too jarring for me but I understand its purpose as a whole for the story too ... really enjoyable but as an adult science fiction novel, it was also quite exhausting ... Highly recommended for science fiction lovers and even science fiction fantasy fans alike.
Read Full Review >>
Positive Tom Shippey,
The Wall Street Journal
Christopher Paolini’s To Sleep in a Sea of Stars...is what Tolkien called a wish beyond hope ... Mr. Paolini keeps reaching deeper and deeper, slowly uncovering the history and nature of each alien group ... Mr. Paolini’s reading seems to have gone well beyond sci-fi classics, however. Undset Station? Is that a nod to the author of the Norwegian epic Kristin Lavransdatter? Jeeves and Wooster fans also will be delighted to learn of Fink-Nottle’s Pious Newt Emporium. Fans of all kinds, one can be sure, will come to question, and stay to explore.
Read Full Review >>
Rave John Keogh,
Booklist
Paolini’s first foray into adult science fiction doesn’t do anything by halves. This is a massive work of space opera with a deep history and complex mythology, epic in scope and packed with action ... The concepts in this book aren’t all that original, but the book is not derivative: this is Paolini’s love letter to the genre. The skills honed in his YA fantasy series are on full display here in his vibrant world building, especially in the mythology of the alien tech. Paolini populates this universe with a large cast of interesting and relatable characters, and mostly avoids reductive good guy/bad guy dynamics, lending the story a sincere emotional depth. Highly recommended for fans of James A. Corey’s The Expanse series and for fantasy fans willing to try space opera.
Read Full Review >>
Positive Kirkus
Paolini makes his adult debut in another genre that welcomes long page counts. This one clocks in at close to 900 pages, but the rollicking pace, rapidly developing stakes, and Paolini’s confident worldbuilding make them fly by. Perhaps not the most impressive prose, but a worthwhile adventure story ... A fun, fast-paced epic that science fiction fans will gobble up.
Read Full Review >>
SIMILAR BOOKS
Genre 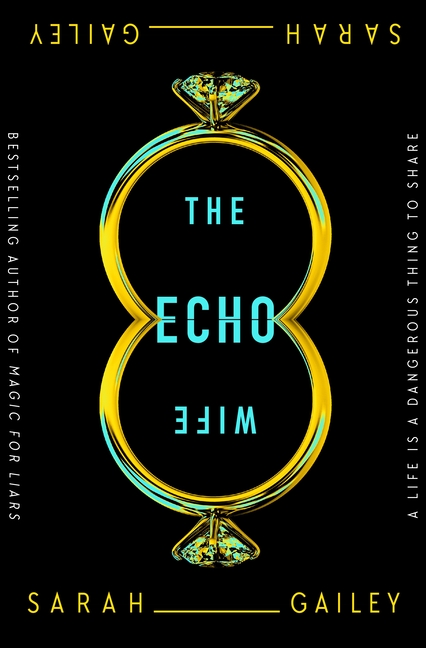