Femlandia
Christina Dalcher
What The Reviewers Say
Rave Rebecca Munro,
Bookreporter
Christina Dalcher once again turns her keen, incisive eye on the patriarchy ... Dalcher once again pushes the envelope by exploring a common, progressive ideal—in this case, feminism—and turning it on its head and into a dystopia. What makes her books so riveting and thought-provoking is her ability to question every step forward ... It is clear that Dalcher is a feminist herself, but I love her willingness to explore the dark side of every good thing and to shine the light on the darkest corners of every step forward. Her brain is full of keen insights and downright chilling twists ... a chilling, evocative read perfect for this time of year.
Read Full Review >>
Mixed Nylah Burton,
Bitch Media
It’s a bit weird to create fictional villains who continuously spout biological essentialist rhetoric but leave the main victims of that thinking out of the narrative. Outside of Miranda’s attempt to speak up about hypothetical trans women that might come to Femlandia for sanctuary, trans people simply don’t exist in this world. And for a novel about toxic feminism in dystopia, that’s wildly unrealistic ... Miranda reduces the villains of Femlandia to 'misandrists' and 'man-haters' ... Such failures of imagination are disappointing in a book like this. Dalcher has an impressive command of suspenseful writing, complex character backstories with fairly seamless time switches, and emotionally charged inner dialogue. On a storytelling level, Femlandia keeps you glued to the page. But it doesn’t force you to think beyond its basic premise.
Read Full Review >>
Mixed Clare OBeara,
Fresh Fiction
The bleak dystopian feeling can be immersive ... We meet moral quandaries, but the story is quite straightforward reading ... I was interested in seeing how the internal, inter-character and situational conflicts would be resolved by the author. Some of them get partially resolved and some do not, owing to a set-piece from a Jacobean tragedy; an easy escape, for which an early character was chided, seems to be the standby. Diverse characterisation is also scarce. We might have met more women, except that our guide Miranda most annoyingly spends almost all her time at Femlandia either unconscious, locked up for a month reading herstorys and womyn-authored fiction, or secretly creeping around the complex ... I suggest that this layered account could be read by an advanced late teen reader, only if they can cope with graphic violence; or by an adult, either for a psychological thriller or a deeper dive into aspects of the dystopian concept.
Read Full Review >>
Pan Mahvesh Murad,
Tor.com
... problematic ... From the very start, Miranda proves herself to be an unlikable and frustrating protagonist, as does Win. Neither character is truly empathetic, both are fairly erratic and it is very hard to really connect with either voice ... The plot itself is, in theory (like Femlandia the community itself), decent enough, with lots of action and a high readability factor, but with much of that action feeling sudden, spurred on by characters whose motivations are never quite clear. The novel has the veneer of a thriller, especially in the second half, but it’s a thin, superficial veneer ... It is a jittery thriller about how all and any extreme shifts of power result inevitably in human cruelty, regardless of who is in charge of whom ... Subtlety sadly, is not a strong suit here, not in the community, nor the book.
Read Full Review >>
Pan Jake Casella Brookins,
Chicago Review of Books
Because there is a such a rich tradition of feminist utopias and dystopias, and because Dalcher spends a lot of time reminding us of how awful men can be—serious word of warning, there is a lot of rape and child abuse in this book—it took me a while to figure out why the work contained so many currents running the other way. I kept waiting for Miranda to have some kind of revelation, some kind of compromise or reconciliation with the women of Femlandia, but chapter after chapter kept hammering it home ... The point of Femlandia, you see, isn’t that men are bad, it’s that hating men is bad ... it’s a mean-spirited caricature of feminism straight out of a ‘90s sitcom, painting Win as a shrill and hysterical monster ... Alongside this anti-feminist take, the novel is engaged in another, more subtle kind of moral or political argument, one that’s ultimately just as repugnant: a bizarre kind of passionate centrism welded to a grievance-powered feeling of Boomer-flavored righteousness ... [a] dreary book.
Read Full Review >>
Positive Portia Kapraun,
Library Journal
Dalcher...is a master of the feminist dystopian novel ... A no-holds-barred thriller and thought-provoking read for fans of Margaret Atwood’s The Handmaid’s Tale, Naomi Alderman’s The Power, and Kim Liggett’s The Grace Year.
Read Full Review >>
Positive Kristine Huntley,
Booklist
While not as emotionally resonant as her previous novels, Dalcher’s latest is a cogent and timely exploration of the dangers of misandry and groupthink.
Read Full Review >>
Positive Publishers Weekly
... a delightfully dark dystopian twist on Herland, Charlotte Perkins Gilman’s 1915 feminist utopian novel ... this wildly provocative glimpse into the future is sure to spark lively discussions about humankind’s past, present, and future. The incendiary epilogue compensates for the relatively superficial worldbuilding. Dalcher remains a writer to watch.
Read Full Review >>
SIMILAR BOOKS
Genre 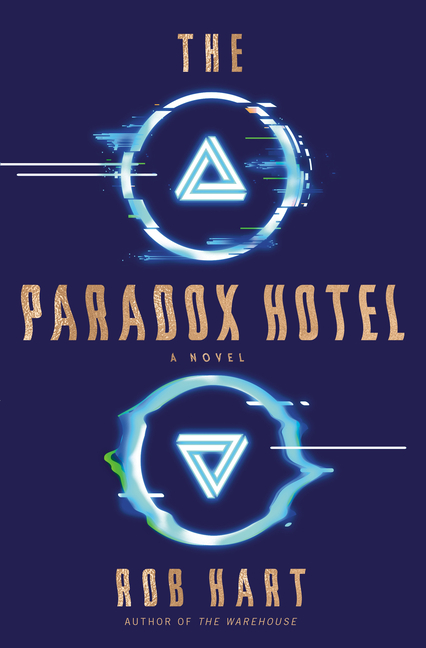