All This Could Be Yours 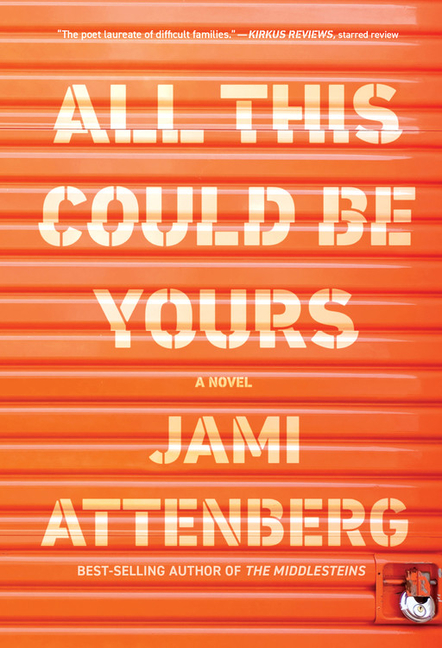 From critically acclaimed New York Times-bestselling author Attenberg comes a novel of family secrets in which adult siblings Alex and Gary respond to their father’s impending death with opposing tacks.

What The Reviewers Say
Positive Brock Clarke,
The New York Times Book Review
... a very good novel about a very bad man ... is least satisfying when it comes to the terrible things Victor has done, the details of which are teased and promised and hinted at and revealed a little at a time, whereas I think they’d have been more terrifying if they’d just been stated outright, so that we could fully appreciate how they’ve affected everyone else ... the novel’s through line in lesser hands this might be static. But Attenberg gets so deep into the psyches of her characters that the story ends up seeming electric with ruin, and with possible resurrection ... is full of hope — but...the novel is most powerful when it’s in honest open battle with that which makes hope so difficult in the first place.
Read Full Review >>
Rave Kathryn Justice Leache,
BookPage
Weaving together a riotous assortment of threads—the stories of three generations of Tuchmans as well as a smattering of other characters pulled into their orbit—Attenberg tenderly mines their family history and massive dysfunction not for clues as to what created the monstrous Victor but for what a monster can create in spite of himself. Her characters—flawed, defensive, overwhelmed and frequently endearing—fizz off the page. Their inner lives coalesce beautifully into a funny and heart-stirring tribute to the nutty inscrutability of belonging to a family.
Read Full Review >>
Rave Heller McAlpin,
NPR
... Attenberg secures her place as an oddly sparkling master of warped family sagas ... Why should we be interested in reading about such an unequivocally bad person? For starters, because Attenberg's writing is full of brio ... Attenberg's prose is never limp or tepid, though she occasionally over-reaches ... Attenberg serves up a brutal portrait of a brutal man ... orchestrated with the precision of an opera on a revolving stage ... Attenberg brings air into this potentially suffocating story with wit, and with occasional digressions into some of the peripheral people the Tuchmans encounter without a thought as they move around post-Katrina New Orleans ... Initially jarring, these reminders that the people who make the city run have their own histories and troubles underscore the fact that life can be challenging. But they also reassure us of the possibility of not just good in this world but decency.
Read Full Review >>
See All Reviews >>
SIMILAR BOOKS
Fantasy

When We Were Young
Richard Roper
Positive
What did you think of All This Could Be Yours?
© LitHub | Privacy