All the Secrets of the World 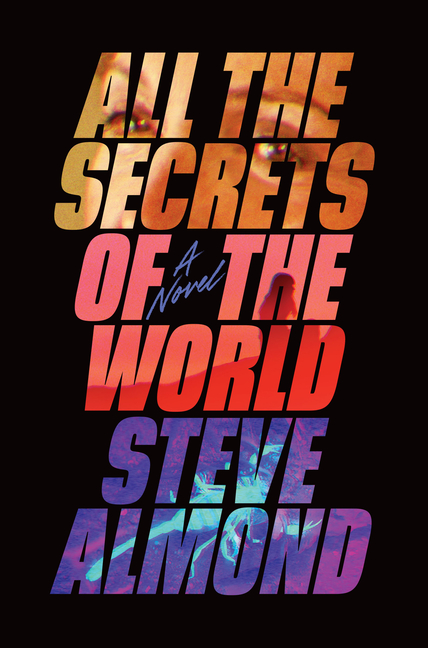 It's 1981 in Sacramento, and thirteen-year-old Lorena Saenz has just been paired with Jenny Stallworth for the science fair by a teacher hoping to unite two girls from starkly different worlds. When Lorena’s troubled older brother, Tony, picks her up at the Stallworth mansion late one night, he and Marcus exchange tense words—an encounter that draws the Saenz family into the dark heart of America’s criminal justice system. To uncover the truth, Lorena must embark on an unforgiving odyssey into the desert and through the gates of a religious cult in Mexico. As she stalks a fate guided by forces beyond her reckoning, shocking secrets explode into view.

What The Reviewers Say
Rave Zack Ruskin,
The San Francisco Chronicle
Forget the circus because the balancing act Steve Almond performs in this novel, All the Secrets of the World, would put tightrope walkers to shame ... Known to some for his work as a co-host on the Dear Sugars podcast, Almond manages to channel the empathy intrinsic to that long-running advice program into the characters that make this novel a breathtaking success ... At times a race-to-the-finish mystery, this book can also rightly be categorized as a searing meditation on the multigenerational traumas endured by a family of undocumented immigrants. And yet, despite boasting a veritable universe of story lines, All the Secrets of the World impressively manages to sew all its loose threads back together before the final page arrives.
Read Full Review >>
Rave Shahina Piyarali,
Shelf Awareness
The fates of two Sacramento families collide most spectacularly ... [an] ingenious plot ... Almond paints a satirically astute portrait of Reagan's America ... With cleverly overlapping subplots and a memorable cast of characters that includes a polygamous cult leader living on a Mexican ranch, Almond's meticulously researched novel is a triumph of storytelling powered by a central theme: the perilous disconnect between those who control or abuse systems of power and the individuals who are at the losing end of the power dynamic. A sensitive storyteller admired for his rich, diverse literary work and his quirky brilliance, Almond, a former co-host of the Dear Sugars podcast, skillfully embellishes his realist drama with notions of the magical and celestial, the mysteries of the desert and the fascinating biology of the creatures that call it home.
Read Full Review >>
Positive Kirkus
... incredibly ambitious while also featuring some unexpected touches—scorpion biology and Nancy Reagan both play significant roles ... Almond is grappling with a lot of weighty themes...But while the large-scale tragedy that plays out is thought-provoking, the novel’s stranger digressions—like glowing scorpions—are what endure ... Almond’s first novel is ambitious and empathic but sometimes unwieldy.
Read Full Review >>
See All Reviews >>
SIMILAR BOOKS
Coming Soon

Cult Classic
Sloane Crosley
Rave
What did you think of All the Secrets of the World?
© LitHub | Privacy