All the Sad Young Literary Men 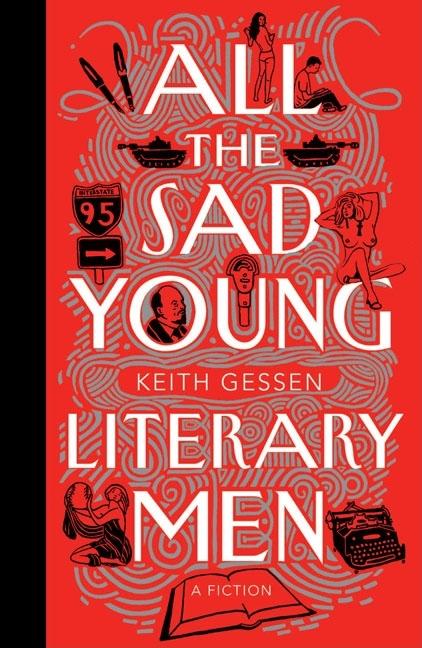 A charming yet scathing portrait of young adulthood in the 21st century. The novel charts the lives of Sam, Mark, and Keith as they overthink their college years, underthink their love lives, and struggle to find a semblance of maturity.

What The Reviewers Say
Rave Joyce Carol Oates,
The New York Review of Books
Of the three young men, Keith is both the most immediate, framing the episodic novel with his affably intimate first-person narrations, and the least clear ... This Keith is a vortex of thoughts, an optic nerve of observations, a summary or catalog rather more than a vividly realized character ... Beginning with its risky yet playful title, All the Sad Young Literary Men is a rueful, undramatic, mordantly funny, and frequently poignant sequence of sketch-like stories loosely organized by chronology and place and the prevailing theme of youthful literary ideals vis-à-vis literary accomplishment ... The predicament of Gessen’s characters, as it is likely to be the preeminent predicament of Gessen’s generation, is the disparity between what one has learned of history and the possibilities of making use of that knowledge in one’s life ... Gessen has captured perfectly the narcissistic ennui of privileged youth for whom self-flagellation is an art form.
Read Full Review >>
Positive Joanna Biggs,
The London Review of Books
The sad young literary men are always coming up with grandiose metaphors to help them think about their lives, but the metaphors they choose are always on the verge of collapse. Only at the end of the novel do the sad young literary men recognise that metaphors are of 'limited use in figuring out your personal life' ... There is lots of seepage of tone and mood between the stories, which can make the three men seem indistinguishable. They share the same idiom, a sort of sentimental sighing over women, which makes the novel disorientating, not to say nauseating, to read ... It is understood that the sadness of Gessen’s protagonists comes from being sensitive men of letters in a cruel world, but they are sad, too, in the sobering sense of uncool. One of the things the novel is interested in is rescuing intellectual solemnity from nerdiness, which partly explains all three boys’ love of grand metaphors that aim to bring poles together.
Read Full Review >>
Positive JUDITH SHULEVITZ,
Slate
Self-pitying, self-obsessed, and itchy for recognition, these young men fall in and out of love with the same handful of women, though they themselves are barely acquainted. They shed their outsized ambitions. They acquire new ones. They fail. They become wiser, if not necessarily kinder ... One of the pleasures of Gessen’s novel is how well he reproduces the speech patterns of brainy, left-wing Ivy Leaguers—their sardonic deployment of social-theoretical jargon, their riffs on technology and capitalism, their anxiety about status, and the pride in small failures meant to refute their guilty sense of privilege ... Don’t let the smug undertone alienate you overmuch, though. Gessen earns it, more or less. He is, in fact, a very good satirist. He skewers with glee, like a latter-day Mary McCarthy.
Read Full Review >>
See All Reviews >>
SIMILAR BOOKS
Fiction

Better Luck Next Time
Julia Claiborne Johnson
Rave
What did you think of All the Sad Young Literary Men?
© LitHub | Privacy