All the Broken Places 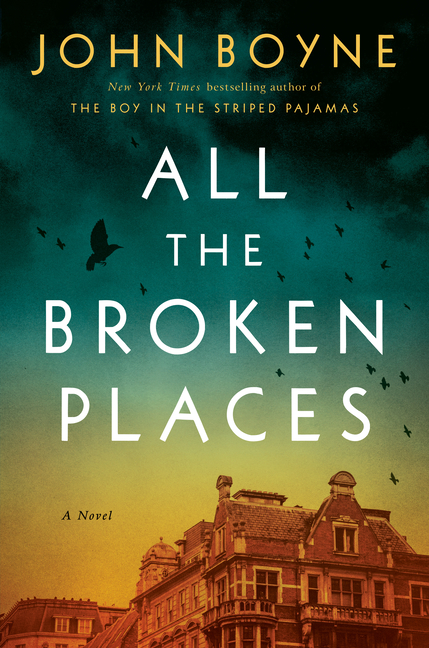 1946. Three years after a cataclysmic event which tore their lives apart, a mother and daughter flee Poland for Paris, shame and fearat their heels, not knowing how hard it is to escape your past. Nearly eighty years later, Gretel Fernsby lives a life that is a far cry from her traumatic childhood. When a couple moves into the flat below her in her London mansion block, it should be nothing more than a momentary inconvenience. However, the appearance of their nine-year-old son Henry brings back memories she would rather forget. Faced with a choice between her own safety and his, Gretel is taken back to a similar crossroads she encountered long ago. Back then, her complicity dishonoured her life, but to interfere now could risk revealing the secrets she has spent a lifetime protecting.

What The Reviewers Say
Pan Ann Manov,
New Statesman
With his latest treacly tome All the Broken Places – complete with title so maudlin it preempts all mockery – Boyne has gifted us with a Holocaust novel so self-indulgent, so grossly stereotyped, so shameless and insipid that one is almost astonished that he has dared ... As with the preceding novel, All the Broken Places has a heavy-handed, pedagogical plot ... The dialogue is leaden and expository ... This is not literature ... It is a consummate failure.
Read Full Review >>
Rave Malcolm Forbes,
The Star Tribune
This is a powerful page-turner, a novel that tackles complex issues while keeping its reader utterly gripped. Gretel's 'final story' is an essential one.
Read Full Review >>
Rave Philip Womack,
The Guardian (UK)
Its major themes are guilt, complicity and the apparently inescapable cycles of grief arising from world-shaking events. It is gripping, well honed and very much aimed at adults .... Gretel’s smart, engaging and uncompromising voice draws the reader in deftly ... The novel is consummately constructed, humming with tension until past and present collide ... All the Broken Places is a defence of literature’s need to shine a light on the darkest aspects of human nature; and it does so with a novelist’s skill, precision and power.
Read Full Review >>
See All Reviews >>
SIMILAR BOOKS
Coming Soon

Night Wherever We Go
Tracey Rose Peyton
Positive
What did you think of All the Broken Places?
© LitHub | Privacy