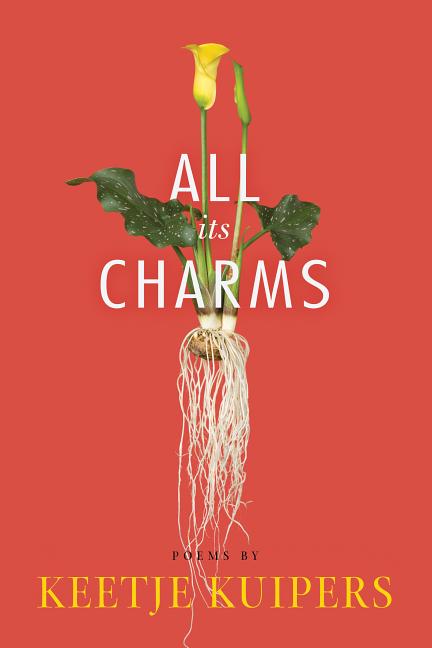 In Kuipers' third collection of poems, she chronicles her decision to become a single mother by choice, her marriage to the woman she first fell in love with more than a decade before giving birth to her daughter, and her family's struggle to bring another child into their lives. All Its Charms is about much more than the reinvention of the American family--it's about transformation, desire, and who we can become when we move past who we thought we would be.
Rave
Based on 4 reviews

What The Reviewers Say
Rave Sarah Nance,
Los Angeles Review of Books
Kuipers’s poems contain a multitude of living things. 'Butterfly wing, shark’s tooth, quill,' begins the poem 'Wife',' heralding a menagerie of other plants and animals that emerge ... In the midst of all of these buzzing, chirping, moving creatures and things, Kuipers crafts a meditation on the blurred boundaries between our bodies and the natural world, suggesting the ways in which bodies become earth, while earth forms a body of its own ... A large part of the collection is devoted to the unfulfilled desire for a second child, the yearning for a body to perform in certain ways ... In her consideration of what it means to raise one child while still desiring another child, Kuipers makes a stunning contribution to writing on motherhood ... All Its Charms is laced with both hopefulness and the prickling sting of thwarted desire ... All Its Charms reminds us of the beauty to be found in the ongoing act of waiting, where we find 'one thing beginning, another ending, / everything undone from within.'
Read Full Review >>
Rave Bryce Emley,
Kenyon Review
In Keetje Kuipers’s candid, funny, achingly wistful third collection from BOA, Kuipers’s poems unearth a kind of magic hidden in the spaces we dwell in, from our homes to our towns, to our nation itself ... But more than place, time is at the heart of All Its Charms. Readers arrive in the middle of Kuipers’s family life, with only briefly remembered glimpses into the life that came before it, suggesting that memory—just as much as the past itself—creates the people we become ... The poems of All Its Charms press us into considering how our interior lives (both the self and the home) are shaped by the country they exist within, how our bodies may be countries all their own, and like this country, hold transgressions and mercies and wonders of many kinds. As dazzling as they are flawed, as ordinary as they are alluring.
Read Full Review >>
Positive Risa Denenberg,
The Rumpus
Keetje Kuipers reveals an intimate tale of family with potent imagery and heft—somewhat like the way an anchor marks a place while it pulls you down into murky waters. From the beginning there is a clear warning to proceed with a sense of awe, which at times is equivalent to a sense of horror ... These are sinewy poems, tough to chew, yet there is a great deal of compassion and tenderness here as well ... Kuipers redeems both grace and gratefulness, with enough compassion to spare for herself ... the words speak to a softening growth within a chosen family: wife, child, home.
Read Full Review >>
See All Reviews >>
SIMILAR BOOKS
Fiction

Fantasia for the Man in Blue
Tommye Blount
Rave
What did you think of All Its Charms?
© LitHub | Privacy