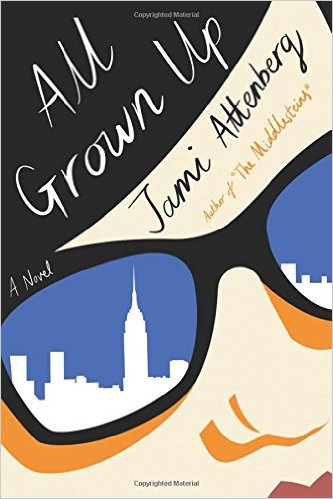 From the author of The Middlesteins comes a comic novel about a thirty-nine-year-old single, childfree woman who defies convention as she seeks connection.

What The Reviewers Say
Rave Elfrieda Abbe,
The Milwaukee Journal Sentinel
...a smart, funny/sad and unflinchingly honest novel ... Attenberg never takes the humor so far that it undercuts Andrea’s angst, her painful past or her family’s sorrow. In sparkling prose, she brings this wonderful character so fully to life that after the book ended, I found myself wishing Andrea well as if she were a good friend and wondering what she would do next.
Read Full Review >>
Positive Meredith Maran,
The Washington Post
...an inventive, funny, fragmented clutter. Billed as a novel, it reads more like a linked story collection, with plots, timelines and characters that swerve and fold into each other. At its best, this form makes an effective container for a life that’s painfully disorganized. At its not-so-best, it creates redundancies that annoy rather than illuminate ... A stalled-out protagonist can grow tedious. But Attenberg’s gift for reducing her generation to its lowest common cultural denominator, then drawing social insights from the roux, imbues Andrea’s travails with meaning ... It’s hard to love a book whose protagonist is as unlovable as Andrea. And yet, All Grown Up is a smart, addictive, hilarious and relevant novel. This paradox is a credit to Attenberg’s wit and scathing social observations, which offer up an affectionate, insightful portrait of her tribe.
Read Full Review >>
Mixed Annalisa Quinn,
NPR
Sometimes I feel like we've all made some blood pact to call this voice original and brave 20 years since it's been either. In fact, All Grown Up is a book so of the zeitgeist that if you took it onto the G train it would just dissolve and merge with the air ... [The] opening is meant to signal a right-thinking book. This performative privilege check on page one — like it is a coat you must store before the show — tells us a lot about this character, whose empathy is so meager that it appears in feeble gestures, in acknowledgments of other people's hardships but no stake in them ... This book is attractive in several ways: the reading is so easy you slide through it like a knife through butter. It's occasionally witty. The structure is surprising and original ... All Grown Up purports to defend something legitimate and defensible – i.e., not having a spouse or children — but actually seems to promote something indefensible — not being at all responsible for other people.
Read Full Review >>
See All Reviews >>
SIMILAR BOOKS
Coming Soon

Night of the Mannequins
Stephen Graham Jones
Rave
What did you think of All Grown Up?
© LitHub | Privacy