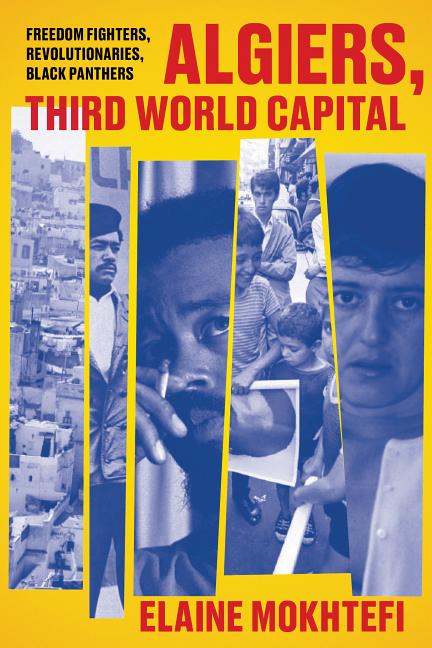 Following the Algerian war for independence and the defeat of France in 1962, Algiers became the liberation capital of the Third World. Elaine Mokhtefi—journalist and translator—documents her experience living among guerrillas, revolutionaries, exiles, and visionaries while witnessing historical political formations and the filming of The Battle of Algiers.

What The Reviewers Say
Rave Ben Ehrenreich,
The Guardian
[An] extraordinary memoir ... The title is a bit misleading – this is no dry history – but it carries something of the revolutionary optimism of [Mokhtefi's] tale’s beginnings, and, in its anachronism, something too of the heartache of its ending ... She leaves us this eloquent record, written with great humility and with love.
Read Full Review >>
Positive Lidija Haas,
Harper\'s Magazine
Mokhtefi handles some spectacular material in brisk, modest fashion. The inevitable doubts and conflicts that arise are not agonized over ... Mokhtefi focuses less on how her political allegiances developed, what she was or wasn’t willing to do and why, than on telling, in lively, lucid fashion, what happened and who did what. To do otherwise might have produced a longer and in some ways more substantial book. But it also seems possible that this readiness to minimize herself on the page is related to whatever capacity allows a person, over the years, to participate in politics, navigating the compromises involved.
Read Full Review >>
Positive Eugene Brennan,
The Los Angeles Review of Books
Mokhtefi’s story is unique in many respects but her 'enlightenment'— witnessing colonial complicity in a society struggling to deal with the memory of the recent war—closely parallels how many leftists arrived at 'Third Worldist' politics during this period: in large part as a direct response to the institutional left’s dramatic failure to live up to the values of solidarity and universalism it preached ... Although...connections drawn by Césaire, Fanon, and the Panthers give a wider sense of the internationalism underpinning Mokhtefi’s book, the latter part of her story largely deals with the waning of an internationalist left, exemplified by the decline of the Panthers and the dissipation of any semblance of a socialist-oriented project in Algeria ... today, too often the appeal to the universal is deployed in a facile, or even ungenerous and unhistorical manner, as a moralizing reflex against the perceived failures of 'identity' politics. What is powerful about Mokhtefi’s writing is that it does not fall into such a trap. Where appeals to the universal are often easy rhetorical gestures, her story is informed by the experience and sensitivity to the sort of contradictions which writers like Aimé Césaire have lucidly theorized.
Read Full Review >>
See All Reviews >>
What did you think of Algiers, Third World Capital: Freedom Fighters, Revolutionaries, Black Panthers?
© LitHub | Privacy