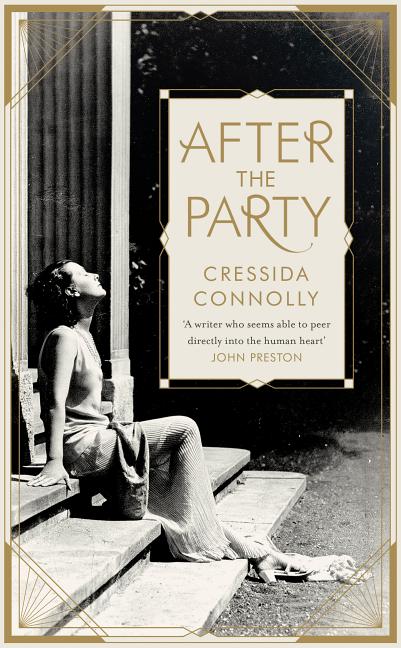 Over the summer of 1938, a wealthy and naively complacent woman becomes involved with the fascist party led by Oswald Mosely. At a party hosted by her new friends, Phyllis lets down her guard for a single moment, with devastating consequences. Years later, Phyllis, alone and embittered, recounts the dramatic events which led to her imprisonment and changed the course of her life forever.

What The Reviewers Say
Rave Anna Mundow,
The Wall Street Journal
...[a] flawless new novel ... A seed of unease, planted early, grows stealthily. There will be an infidelity, a shameful public moment, a tragic death: muffled shocks that disturb but never disrupt the artfully constructed narrative as it shuttles back and forth between 1979 and the critical years of 1938 to 1943. The latter period and the heyday of British fascism have been well documented and dramatized, but Ms. Connolly’s portrait of Mosley and his followers, in their chumminess, seems freshly chilling ... Like the writers who have inspired her, most notably in this case Elizabeth Bowen, Ms. Connolly is too astute and compassionate a novelist to provide neat conclusions. And After the Party, her American debut, is too delicate a creation to curdle into sourness. The novel leaves us instead with the mysterious sense of having inhabited a time and a life whose emotional gravity holds us still.
Read Full Review >>
Positive Kate Saunders,
The Times
[a] wonderful, tragicomic novel ... Connolly’s research is immaculate, and the experiences of these ladylike political prisoners are well imagined. She has too much taste to point out that these prisoners, in the fascist state of their dreams, would either have been shot or sent to a concentration camp. In Britain they were locked up, but allowed to keep their fur coats.
Read Full Review >>
Positive Lynanne Pearson,
Booklist
Though readers may have a hard time sympathizing with frivolous Phyllis, who never examines her own actions or involvement in the party, Anglophiles might enjoy this look at a little-written-about movement in British history, and all readers can take away the reminder that inactivity can easily become complicity.
Read Full Review >>
See All Reviews >>
SIMILAR BOOKS
Fiction

Act of Oblivion
Robert Harris
Rave
What did you think of After the Party?
© LitHub | Privacy