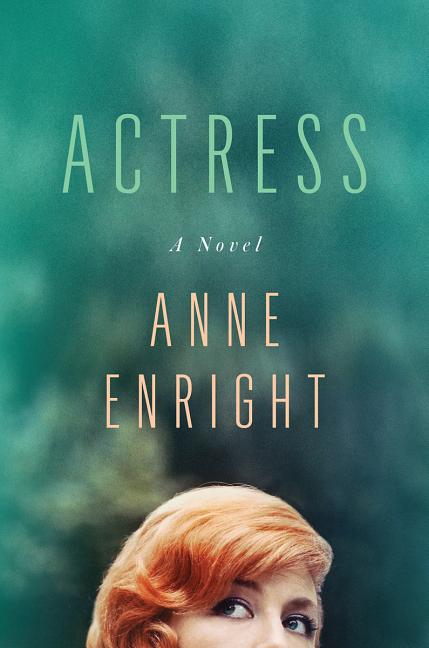 The Man Booker Prize-winning author of The Gathering returns with a novel about celebrity, sexual power, and a daughter's search to understand her mother's hidden truths.

What is this?
Rave
Based on 29 reviews

What The Reviewers Say
Rave Mary Gordon,
The New York Times Book Review
The most fraught word in any language: mother. The most fraught of all familial relations: mother and daughter. A fraught loop in the mother-daughter knot: the daughter who must be her mother’s mother. Add to this the daughter who must also be her mother’s nurse, sidekick, accountant and most ardent fan, and you have the steaming brew that is Anne Enright’s intoxicating novel ... the triumph of Actress is that Norah is not a resentful victim; she becomes a successful writer, a happily married (and sexually fulfilled) wife and mother. She realizes the price she has had to pay for her mother, but knows that Katherine has also graced her life with radiance ... Even while laughing at Enright’s wicked mockery, I was moved by the tenderness of her evocation of difficult love, two lives on different tracks, one on the express to possibility, the other on the local to irrelevance, illness and self-destruction.
Read Full Review >>
Rave Clair Wills,
The New York Review of Books
... an extraordinarily artful fusion of third-person narration and first-person recollection ... One of the pleasures of reading Actress lies in the accuracy of Enright’s evocation of Irish culture over the last seven decades ... Enright manages to be both excoriating and mildly disdainful about the sexual politics of the 1970s because Norah has moved beyond it. We look through Norah’s eyes ... Enright is interested in agency (so closely allied with action and acting) and how to distinguish, in the mess of encounters with actual men, between choice and determination ... Norah can move through this world with a measure of ease. The rich mixture of tones in her voice (arch, hurt, humorous, biting) is a resource she has developed to survive in that climate, and it is one of the novel’s gifts to the reader. It’s the voice of a sharp-eyed young woman who simply has to get on with it ... Enright skirts close to the cliché that writing our own story in our own voice sets us free. But in doing so she reminds us that there is some small truth in the cliché.
Read Full Review >>
Rave Alexandra Harris,
The Guardian (UK)
Enright is quick, knowing, enjoyably sharp as she sketches in the career of a romantic screen heroine ... Enright’s novel works by circling and revisiting certain encounters, weighing them for meaning, taking account of numbness and aberrant feeling. Rather than the strong arcs of loss and resolution in a Hollywood plot, Actress makes room for siftings and digressions ... There are leaps of joy in Actress, for all its darkness. It sparkles with light, rapid, shrugging wit; cliches are skewered in seconds, and thespian types are affectionately set in motion to carry on chatting in the margins. The magic of pre-war touring players, holding audiences rapt in country halls, is richly done ... The atmosphere of extraordinary pressure and imperilled emotion that Enright evokes in this novel reaches beyond the mother-daughter pair, beyond the power struggles of actors and movie studios, out into the general Dublin night.
Read Full Review >>
See All Reviews >>
SIMILAR BOOKS
Coming Soon