A Wonderful Stroke of Luck 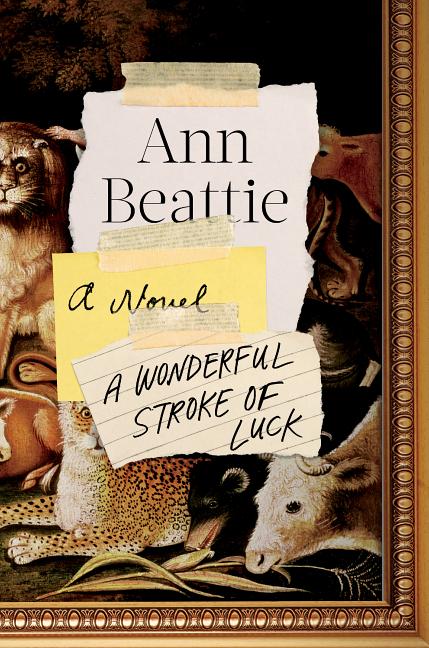 A new novel--the twenty-first book by Ann Beattie--about the complicated relationship between a charismatic teacher and his students, and the secrets we keep from those we love.

What The Reviewers Say
Rave Donna Seaman,
Booklist
Gimlet-eyed Beattie has created a stunningly unnerving and provocative tale spiked with keen cultural allusions and drollery. This jarring dissection of privilege and anxiety, gender expectations, lust, ludicrous predicaments, defensive selfishness, moral confusion, and numbing loneliness projects a matrix of angst somewhat countered by the solace and sustenance found in a quiet life far from the grasping, hurried, hostile world.
Read Full Review >>
Pan Martha Southgate,
The New York Times Book Review
It’s somewhat difficult to relate what happens in A Wonderful Stroke of Luck. This isn’t surprising: Beattie has never been a plot-driven writer. In her best earlier work, that isn’t a problem. But in this novel, I found myself wishing for an index of characters so I could see who was who, to figure out what mattered and why. Ultimately this is a novel in which nothing seems to matter much. It’s so discursive and shapeless that I found it impossible to glean what story Beattie was trying to tell and why a reader should care ... There’s also a troublingly blinkered aspect to the world Beattie has created, as regards race, age, gender, technology — really, as regards the modern world ... a seeming carelessness throughout... extends to a reliance on clubby shorthand that speaks only to certain people (literary-minded baby boomers) instead of creating a compelling narrative peopled with diverse, vivid and interesting characters ... A Wonderful Stroke of Luck does contain some elegant sentences and cutting observations that remind a reader of Beattie at her strongest and provide some moments of pleasure. But when I was done with this novel, I sought out and read two of her best short stories of the 1970s ... One hopes that as Beattie continues down the final stretch of road of her life as a fiction writer, she finds her way back to the perceptiveness and skill she has shown so abundantly in the past.
Pan MICHAEL SCHAUB,
NPR
Beattie's skepticism is on full display in the novel; unfortunately, the excellent writing and arch sense of humor that made her previous books so great are not ... A Wonderful Stroke of Luck is a profoundly maddening novel for several reasons, one of which is Beattie's evident unalloyed dislike of every character in the book. That's not to say a novel's characters have to be likable, but they do have to have some traits besides their unlikability. Beattie not only seems to regard her characters with contempt, it seems that she would very much like to punch them all in the face. She also doesn't quite have her finger on the pulse of the millennials she writes about ... A Wonderful Stroke of Luck is a charmless and rambling gesture at a novel from an author who's capable of so much better.
Read Full Review >>
See All Reviews >>
SIMILAR BOOKS
Fiction

A Shock
Keith Ridgway
Rave
What did you think of A Wonderful Stroke of Luck?
© LitHub | Privacy