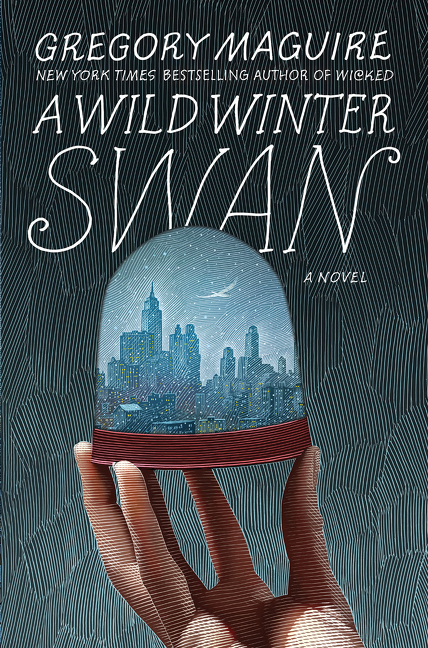 After reimagining the worlds of Oz, Wonderland, Dickensian London, and the Nutcracker, the New York Times bestselling author of Wicked turns to Hans Christian Andersen's The Wild Swans, transforming this classic tale into an Italian-American girl's coming-of-age story, set amid the magic of Christmas in 1960s New York.

What The Reviewers Say
Rave Colette Bancroft,
The Tampa Bay Times
Maguire still has the magic touch ... charming ... But Maguire tells Laura’s story in lush prose, laced with humor and poignancy, weaving the fabulous into the quotidian world. It’s a spell you’ll be happy to have cast upon you.
Read Full Review >>
Positive Molly Templeton,
Tor.com
A Wild Winter Swan, like so many of Maguire’s novels, could have been crafted in a lab with me in mind: a fairy tale retold! An inventive lonely heroine! A touch of magic in a recognizable world! And yet, it left me a little out in the cold. That isn’t to say that Maguire’s charms aren’t evident. He leans beautifully into imagery of owls and snow, holiday garlands and howling winds, elaborate meals prepared and yet not eaten ... He will set you up just to knock you over, again and again and in every one of his books; everything beautiful comes with a sharp edge ... A Wild Winter Swan is a slim little book, a fairy tale stretched and reshaped into a 20th century American tale about immigration, success, family, and growth. It’s featherlight but sharply detailed, and for all Nonna’s passion, there’s a coolness to the way Maguire spins out his yarn. Here and there, a dated word choice knocked me out of the story, but it was always Laura, crankily enduring her own coming-of-age, who brought me back in.
Read Full Review >>
Rave JEAN HUETS,
Historical Novel Society
Yuletide gives the story a traditional season for European fairytales, while its snow-dusted 1960s Manhattan setting brings childhood magic to a modern (but smartphone-free) venue familiar from Hollywood movies ... Is Laura a pitiful orphan or a self-centered brat—or is she a woman-child struggling to emerge from isolation and grief? In A Wild Winter Swan, Maguire gives us all three, and in doing so achieves something rare: a book that puts a clever adolescent girl into a quasi-fairytale without being twee or didactic. Another rarity: Laura’s acute observations of her world, the tumult of her emotions, and her sexual unfolding never stray into rote sentimentality, yet a refreshing gentleness pervades the story ... In a masterful meld of fantasy, longing, and troublesome relationships, Maguire’s A Wild Winter Swan shows us, and its young protagonist, that heartfelt connections with other people—and with animals—can lay for us a bridge between life’s sorrows and its wonder.
Read Full Review >>
See All Reviews >>
SIMILAR BOOKS
Fantasy

40
Alan Heathcock
Positive
What did you think of A Wild Winter Swan?
© LitHub | Privacy