A View of the Empire at Sunset 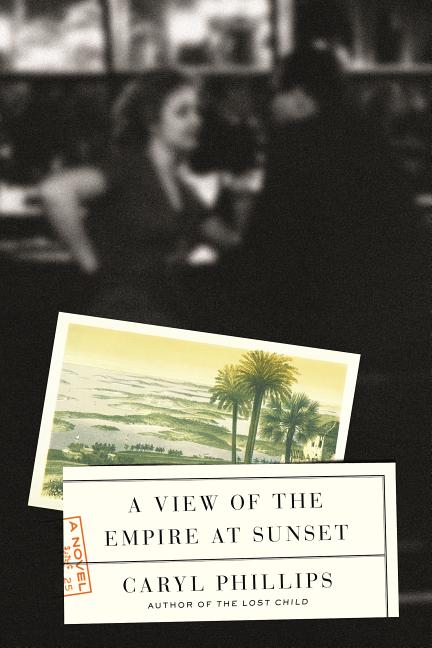 From the author of The Lost Child, a fictionalized account of the tumultuous early decades of Jean Rhys's life in Europe, where the author of Wide Sargasso Sea moved from the Caribbean at 16.

What The Reviewers Say
Rave William Boyd,
The New York Times Book Review
Phillips’s shrewd move is to avoid the first-person singular of the memoir ... Because, in a significant way, this novel is only partially about Jean Rhys a.k.a. Gwendolyn Williams. Phillips is more interested in using the circumstances of Rhys’s life to explore concerns that he has made very much his own in previous works of fiction ... Phillips expertly conveys Gwen’s bafflement and dissociation from the 'English people' she finds herself among. It’s as if the only true, verifiable experiences of her life had been left behind in Dominica; everything else is somehow sham and threatening ... That the novel succeeds so well is a tribute to Phillips’s mastery of tone. Gwen is rarely referred to by name; it’s almost as if we’re reading a procedural statement rather than a story. Yet the point of view is rigidly confined to her, only very rarely shifting substantially, so we get a glimpse of Gwen as others see her ... Jean Rhys’s prose was famously scrupulous ... Caryl Phillips proudly upholds her standards in this austere, evocative investigation of a life caught 'somewhere between colored and white.' It is a novel of acute psychological empathy and understanding.
Read Full Review >>
Rave Jennifer Kay,
The Associated Press
Through Phillips’ eyes, Rhys personifies the fading of the British empire. She is claimed like a resource then discarded when she becomes unpalatable. She lives like an exile in the place she was taught to think of, despite its distance, as home. She becomes something of an embarrassment to the wealthy men whose whims dictate her existence. It’s curious that Phillips skims over Rhys’ writing career, especially his omission of her affair with the English writer Ford Madox Ford ... What Phillips does instead is recreate the atmosphere in which Rhys found her voice as a writer: the lush tropical paradise seething with racial tension. The cheap hotel rooms and boarding houses where Rhys always seemed to have enough liquor but not enough to eat ... A View of the Empire at Sunset is a sympathetic and powerful portrait of an outcast seeking sustainability, as well as a searing indictment of the empire that abandoned responsibility for the people it uprooted and set adrift.
Read Full Review >>
Positive Hannah Black,
4Columns
Like Rhys’s Caribbean intervention into Brontë’s English drama, A View of the Empire at Sunset is an act of homage as well as critique. Phillips, always a measured and careful writer, here mimics Rhys’s precise itemizations of the deprivations and humiliations of everyday life. His Rhys seems to have lost some of the wit and fury of the Rhys we know from her own novels, perhaps because it is hard for even a highly skilled pastiche to replicate the subtleties of a brilliant original, perhaps because Phillips wanted to give us a Rhys with the veil of her talent stripped away, a Rhys who exists at exactly the minute and trivial scale of middle-class English life—and most likely both ... to Phillips, Rhys is the scion of a class of overseers, distinguished only by the aberration of her talent and insight. He borrows her own technique of cold precision and uses it against her, a complicated act of love ... The feeling of homelessness experienced by Phillips’s meticulously imagined Rhys obliquely echoes the epidemic of loss that imperial ambition let loose upon the world.
Read Full Review >>
See All Reviews >>
SIMILAR BOOKS
Coming Soon

A Trail of Crab Tracks
Patrice Nganang
Positive
What did you think of A View of the Empire at Sunset?
© LitHub | Privacy