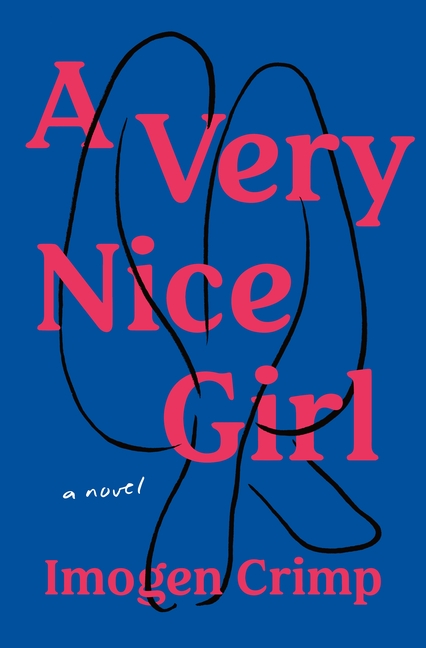 Anna doesn't fit in. Not with her wealthy classmates at the selective London Conservatory where she unexpectedly wins a place after university, not with the family she left behind, and definitely not with Max, a man she meets in the bar where she sings for cash. He's everything she's not—rich, tailored to precision, impossible to read—and before long Anna is hooked, desperate to hold his attention, and determined to ignore the warning signs that this might be a toxic relationship. When the stakes increase, and the roles she's playing—both on stage and off—begin to feel all-consuming, Anna must reckon with the fact that, in carefully performing what's expected of her as a woman, she risks losing sight of herself completely.

What The Reviewers Say
Positive Daisy Hildyard,
The Guardian (UK)
An absorbing novel – the unravelling of Anna’s career and the increasing constriction of her relationship are gripping without feeling mechanically plotted. Anna’s struggle to be successful, loved and financially secure is lonely, but Crimp addresses these troubles, as they are specific to Anna’s generation, with a thin-lipped sense of humour ... I have a limited attention span for the pixel-by-pixel portrait of one person’s fluctuating self-worth, as when Anna eschews going to work in favour of taking mournful baths. But it seems reasonable to think that similarities in these stories expose something about the lives of young women now.
Read Full Review >>
Positive Melissa Katsoulis,
The Times (UK)
Crimp’s novel diverges from the Mills & Boon or Fifty Shades narrative it seems to be destined for — but only just ... Crimp’s prose is elegant and witty. However, despite the box-fresh creative-writing MA techniques of this diligently well-plotted novel, it never fully explores the link between Anna’s dark sex life and her other performative, physical job, singing ... This is a young person’s book, created and populated by girls whose understanding of the work of being female is not yet nuanced enough to bring it out of the shadows of Rhys, Elena Ferrante and all those other angry birds who have lived a bit ... This promising debut with its lashings of sex and music and good old female friendship is an exciting book for girls of a certain age and possibly a precursor to great things from an interesting new voice in fiction.
Read Full Review >>
Mixed Jessica Bennett,
The New York Times Book Review
... enjoyable ... Like her protagonist, Crimp briefly studied to be a singer at a London conservatory, which may explain why passages set in this milieu are the ones where her writing — and her protagonist — find their strength ... There are plenty of stories these days about what it is to be a woman observed by the 'male gaze.' It’s a phrase Anna and her friends would no doubt use, if the at-times heavy-handed dialogue about tampons as 'capitalist,' or Latin as the 'language of the patriarchy,' is any indication ... In some of these moments, A Very Nice Girl is an all-too-real reminder of what it is to be a woman in your 20s, searching for who you are, trying on identities or stuck in a complicated pseudo-relationship even when you know you shouldn’t be. It’s a book about assessing your worth through other people’s eyes — parents, friends, a lover — and about being observed: by an overprotective mother, by men on the tube, by those who assess her auditions, by classmates competing for her slot, and ultimately by the audience. And yet, for the strength of Crimp’s writing, it might have benefited from a less predictable plot. Vulnerable young woman alone in a new city, seduced by an older, richer man who turns out to be kind of a jerk … readers may be disappointed to find there’s no real twist here — unless, of course, you count that Anna must lose the guy to get herself back.
Read Full Review >>
See All Reviews >>
SIMILAR BOOKS
Coming Soon

Victory City
Salman Rushdie
Rave
What did you think of A Very Nice Girl?
© LitHub | Privacy