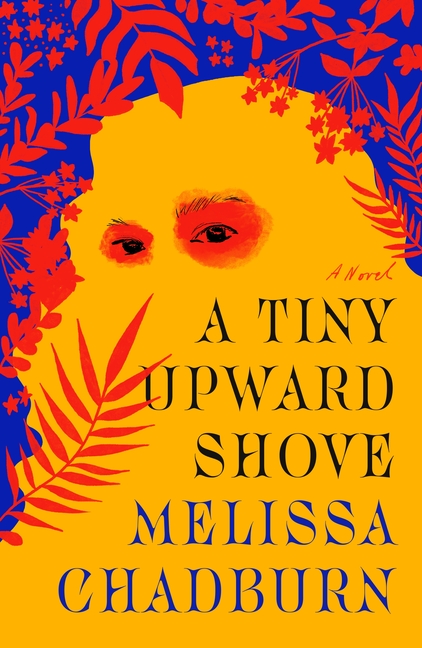 Inspired by Melissa Chadburn's Filipino heritage and its folklore, as it traces the too-short life of a young, cast-off woman transformed by death into an agent of justice―or mercy.

What The Reviewers Say
Rave Bethanne Patrick,
Los Angeles Times
Melissa Chadburn’s brilliant and terrifyingly honest debut novel, A Tiny Upward Shove, has a moment of such...horror that I was once again tempted to skip the whole story ... The power of A Tiny Upward Shove rests in her insistence that even the murdered had agency in their lives, no matter how forgotten or lost to themselves and society ... Perhaps it’s her drive to amplify every voice that leads Chadburn to a risky and not always successful choice. She covers not just multiple narrators and perspectives, but multiple ways of setting them up and setting them apart ... the narrative pastiche can be confusing, especially in close proximity to traumatic episodes. Don’t let the confusion—or the trauma—stop you short. Pick the novel back up again, as I did. There are payoffs and compensations ... Chadburn has written a stunning debut novel about the hardest things, drawing on style, study and tough experience to make it impossible for us to look away.
Read Full Review >>
Rave CAITLIN STOUT,
The Chicago Review of Books
... actively works to balance sensitivity and realism ... skillfully folds a character-centered story about a biracial young woman’s fate into the real-life crimes of a Canadian serial killer. In creating a fictional character within a factual scenario, there is no ethically questionable retelling of a victim’s reality, but rather an acknowledgement of missing stories ... is at its best during these brief asides, which combine moments of heightened tension of the narrative past with observations and scenes that provide clues to readers wondering both how the characters got to where they are and what will happen next. This offers a similar gratification to true crime fans, who might actively collect evidence to solve the murder as the narrative unfolds. Chadburn’s unique voice, too, shines in these standalone passages ... run-on sentences create a playful and intense tone at once, favoring a punk ethos as chapters swing back and forth among memories of joy or heartbreak. Acts of sexual assault and homicide and addictive behavior are not sugar-coated—the details are grueling to read. Yet what violence is included feels necessary rather than gratuitous for the sake of shock value. The reality is that violence will be jarring no matter the situation; its occurrence cannot be written off as an isolated event. Nor is it merely an effect of poor decisions ... If any aspect of this novel veers away from the fine line of realism and storytelling, it’s the final pages. Fiction readers like myself can find comfort in a satisfactory ending, but a tidy conclusion might also feel disingenuous to the reality it represents ... as sensational as it is heartbreaking because it does what true crime narratives sometimes forget to do, which is leave space for loss. The novel does not ask us to solve a crime, fictional or otherwise.
Read Full Review >>
Rave Erin Somers,
The New York Times Book Review
﻿It is a wild and ambitious conceit, but it succeeds because of the exuberance of the aswang’s voice and the richness of the details ... the women are vivid: their hair and jewelry and clothes, their preoccupations and mannerisms ... The horrors Alex in particular endures are lurid and hard to read. But the book is rescued by a joy evident in the writing, something ablaze at its core. It burns.
Read Full Review >>
See All Reviews >>
SIMILAR BOOKS
Coming Soon