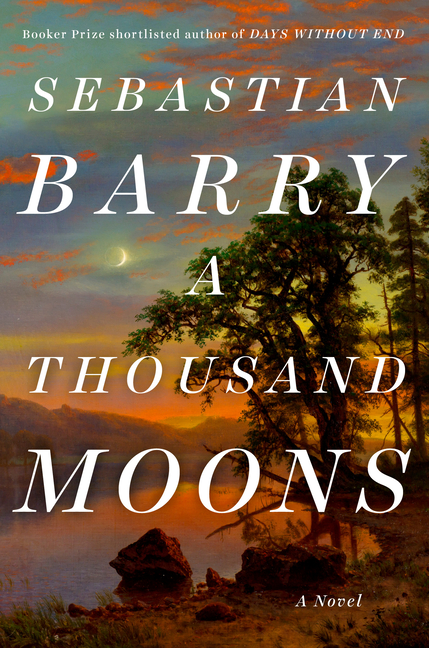 Winona Cole, an orphaned child of the Lakota Indians, finds herself growing up in an unconventional household on a farm in west Tennessee. Raised by her adoptive parents John Cole and Thomas McNulty, whose story Barry told in his acclaimed previous novel Days Without End, she forges a life for herself beyond the violence and dispossession of her past.

What The Reviewers Say
Rave Hermione Lee,
The New York Review of Books
Had the story been told conventionally, as a third-person historical novel, it might have been thrilling enough, a dark drama of the postwar South to be set alongside To Kill a Mockingbird, and all the more striking because not written by a southern American author. It has a powerful plot (and is historically precise and carefully researched) ... a lyrical language celebrates...unorthodox love and their refuge of dance and music and ordinary domestic life, hidden inside 'the deep dangerous drama of the times.' But Winona’s narrative, to the novel’s benefit, mixes up rhapsody with plain, forthright speech ... compassion is the key to Sebastian Barry’s writing. If anything, there is almost too much of it here. Winona is a noble and pitiable victim, and doesn’t have the shaming blood-guilt of Thomas McNulty for his killing of her people, which makes Days Without End a more complicated and deeper book. For all that, A Thousand Moons is a brave and moving novel. Above all, it has a tender empathy with the natural world. This has always been one of Barry’s strengths. But here, in imagining a person divided between a way of life shaped by moon and sun, land and seasons and animals, and a culture of documents and letters and numbers, prisons and courtrooms, nature is felt with particular intensity.
Read Full Review >>
Rave Allan Massie,
The Scotsman (UK)
Barry has found a wonderful speaking voice for Winona: lyrical, youthfully innocent, yet darkened by her memories and awareness of the genocidal destruction of her own people and their way of life ... Barry writes with the freshness and beauty of an early summer morning when the dew sparkles and the air shimmers with the promise of a glorious day. He is also a masterly craftsman, modulating the pace of his narrative, alternating vivid scenes of action with tranquil moments in which time seems to stand still ... his writing is better than ever. Days Without End and A Thousand Moons are equally marvellous; together, one of the finest achievements in contemporary fiction.
Read Full Review >>
Positive Tessa Hadley,
The Guardian (UK)
If this novel isn’t as persuasive as Days Without End, it’s partly due to the eternal problem with sequels; the fresh action is overshadowed by what has come before, and there has to be quite a bit of explaining of backstory. Some characters – particularly Thomas and John – are handed down wholesale from the past, rather than made complex in new treatment ... We have it all through Winona’s telling, and she’s passionately invested in their goodness; it may be because he’s chosen a woman’s voice for his narration that Barry makes it at moments a little too sweet ... Mostly, however, the writing brings off Barry’s characteristic balancing act, between the lyrical telling that comes to him naturally and the grubby, tormenting world he wants to show us ... Barry’s prose always has this sturdy yet dreamy quality of a fairy story, even when he takes us into the darkest places of cruelty and violation – or perhaps especially when he takes us there. Because of something unguarded in his writing, and his idiom borrowed from ordinary speech and proverbial wisdom, we can trust him to touch the terrible stories from our collective past without betraying them, or turning them merely into clever art. His work reminds us how much we need these rare gifts of the natural storyteller, for reckoning with our past and present.
Read Full Review >>
See All Reviews >>
SIMILAR BOOKS
Fiction

Theatre of Marvels
Lianne Dillsworth
Positive
What did you think of A Thousand Moons?
© LitHub | Privacy