A Song for the Dark Times: An Inspector Rebus Novel 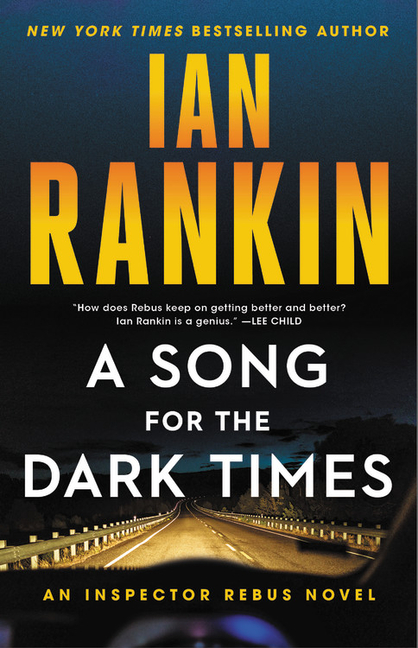 When his daughter Samantha calls in the dead of night, John Rebus knows it's not good news. Her husband has been missing for two days. Rebus fears the worst--and knows from his lifetime in the police that his daughter will be the prime suspect.

What The Reviewers Say
Rave Tom Nolan,
The Wall Street Journal
Mr. Rankin has been writing Rebus novels since 1987, and in this 23rd series entry, the author’s curmudgeonly hero proves as resolute as ever.
Read Full Review >>
Rave Barbara Lipkien Gershenbaum,
BookReporter
The two cases converge in ways that only a writer as talented as Ian Rankin can plot. He weaves a tale that is interesting, suspenseful and timely, and contains references to Brexit, land ownership and xenophobia ... a compelling read that will leave you eagerly anticipating the next book in this winning series.
Read Full Review >>
Positive JONATHAN ELDERFIELD,
The Associated Press
The Rebus of A Song for the Dark Times is a slightly diminished one — he is drinking less, nor do we find him sparring with local Edinburgh gangster Ger Cafferty, though he does play a role in the drama. The retired detective is a wee bit less enjoyable to read, but he is a familiar character with whom the reader will feel comfortable ... Rebus is still the dogged investigator, able to make intuitive leaps about the dark places that inhabit the human soul and lead some to commit murder, whether in the distant past or in more recent times. Rankin will in time, likely retire Rebus for good, so we should appreciate him while we still have him.
Read Full Review >>
See All Reviews >>
SIMILAR BOOKS
Fiction

Find You First
Linwood Barclay
Positive
What did you think of A Song for the Dark Times: An Inspector Rebus Novel?
© LitHub | Privacy