A Secret about a Secret 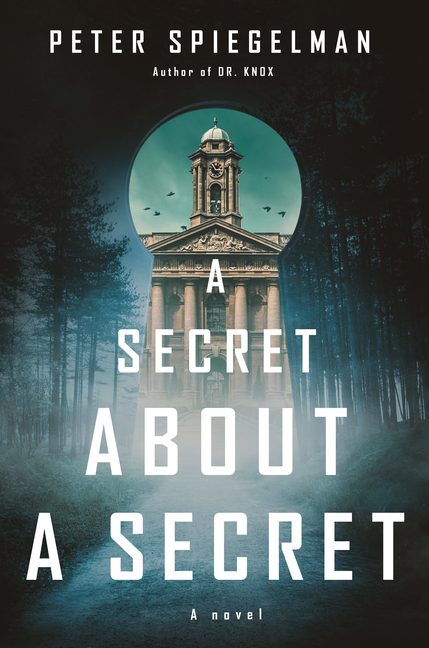 Looming high above the cliffside along a remote coastline, Ondstrand House is the headquarters of the shadowy biotech firm Ondstrand Biologic. When the body of the organization’s most gifted young scientist, Allegra Stans, is discovered in a walk-in refrigerator—her neck has been broken—Agent Myles is called in to investigate.

What The Reviewers Say
Rave Beth Kanell,
The New York Journal of Books
Spiegelman’s magical writing invites a deeper connection both with the landscape of this unusual police procedural and with the grim sense of despair that the security force, known simply as Standard Division, can evoke through its enormous power ... Spiegelman’s plotting and pace are flawless, and his interludes of heightened language raise the tension ... resonates with the deep melancholy and simmering resentments that classic hard-boiled detective fiction embraces, but with far more grace and beauty. There are passages that can haunt, all on their own ... This all adds up to the one complaint likely for this compelling novel: Somehow, it ends too soon.
Read Full Review >>
Rave DOREEN SHERIDAN,
Criminal Element
It’s the perfect atmosphere for an isolated manor house mystery, which is only one of the many sub-genres at play in this refreshingly inventive take on the crime novel. From the Gothic undertones of the scandal-racked boarding school and the slick machinations of modern corporate espionage, to the Scandinoir atmosphere of the bleak coastal towns and the techno-thriller details of what exactly Ondstrand Biologic is capable of doing, this novel effectively melds various strands of detective fiction to create something fresh and original ... I hope this is merely the first in a series, as Myles is a tremendously engaging, intelligent hero I definitely want to read more about, and the speculative setting is ripe for further exploration.
Read Full Review >>
Positive Tom Nolan,
The Wall Street Journal
... stylishly penned, meteorologically moody and ever so slightly Gothic ... Mr. Spiegelman can mint a crisp image in a single sentence ... In Agent Myles the author has created a hero for all disjointed seasons: capable of thrashing a thug with his bare fists or soothing a distraught witness, even as he acknowledges the phantoms of his own traumatic youth, and mourns the recent loss of his working and romantic partner. Whether the book heralds the beginning of a new series or not, it’s a humdinger.
Read Full Review >>
See All Reviews >>
SIMILAR BOOKS
Fiction

Shutter
Ramona Emerson
Positive
What did you think of A Secret about a Secret?
© LitHub | Privacy