A River of Stars 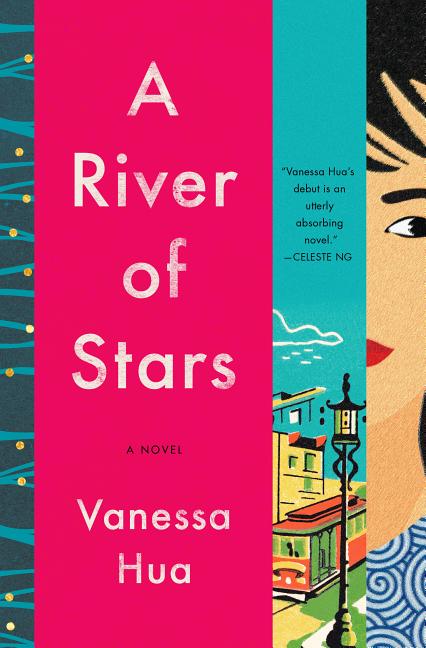 A young Chinese woman travels to California to give birth to her baby so that the child will have U.S. citizenship and, with a fellow teenage mother she befriends, she builds a precarious life in San Francisco's Chinatown.

What The Reviewers Say
Rave Nancy Powell,
Shelf Awareness
Hua delves into Scarlett's feelings of abandonment and her growing resentment as primary caregiver to Daisy and the babies. The story moves from the uncertain freneticism of despair and escape into a quiet domesticity punctuated by money woes and fear of deportation ... She approaches her story with journalistic purpose and warm humor, shedding light on Chinese birth tourism, the process by which pregnant women visit the United States on tourist visas to give birth to babies who instantly become citizens. Hua also addresses the difficulties Chinese women face in finding opportunities for advancement in a stratified economy ... In highlighting the struggles immigrants face in their home countries, Hua gives a very real face to a population often marginalized by political theorizing and racial clichés ... a revelatory novel that highlights the struggles of immigrant mothers in their quest to achieve citizenship and the American dream.
Read Full Review >>
Mixed Chelsea Leu,
The San Francisco Chronicle
Hua spends time with many characters, whose dealings lend the novel the spice of family intrigue, a reminder of the inescapability of blood ties, and at least three secret illegitimate children. But her prose plunges us most completely into Scarlett’s mind, a kaleidoscopic, synesthetic experience, relatable and yet remote, as her thoughts flicker over the sights and smells of Chinatown, old memories and astringent remarks on American culture ... But the book’s more dramatic touches strain the reader’s suspension of disbelief. A River of Stars takes its name and its cues from a well-known Chinese legend ... It’s a pretty, sweeping tale, but its elements in the novel are saccharine next to the gritty facts of single, undocumented motherhood in one of the city’s poorest neighborhoods ... By the end, the story’s various threads resolve in a decidedly upbeat celebration of the ingenuity of Chinese immigrants and, by extension, all who come to the States with everything to gain. But its fairy-tale tidiness is also oddly disappointing. It delivers the niggling sense that things don’t quite work out that way in real life, and that the gulf between fantasy and reality is vast indeed.
Read Full Review >>
Rave Terry Hong,
Booklist
In Perfume Bay, a luxurious oasis just outside Los Angeles, pregnant Chinese women are pampered through the U.S. birth of precious progeny who will provide their parents with 'a foothold in America.' Among the guests is factory-manager Scarlett Chen, sent to the U.S. to bear the son of her older, married lover, who’s also her employer ... an astute debut novel that confronts identity, privilege, freedom, and a twenty-first-century rendering of the American dream with poignancy, insight, humor, and plenty of savvy charm.
Read Full Review >>
See All Reviews >>
SIMILAR BOOKS
Fiction

Talk to Me
T C Boyle
Mixed
What did you think of A River of Stars?
© LitHub | Privacy