A Rebel in Gaza: Behind the Lines of the Arab Spring, One Woman's Story 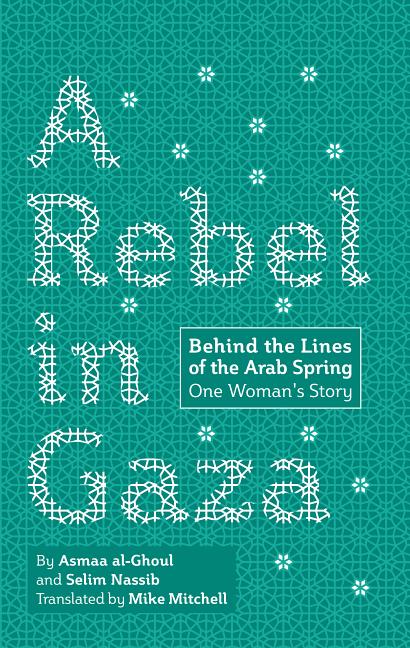 What The Reviewers Say
Rave Ben Ehrenreich,
The Guardian
Asmaa al-Ghoul, who was born in the Rafah refugee camp at the southern end of the Strip, writes with clarity and tenderness of these realities and others that are less widely reported. Despite it all, she insists: 'People continued to laugh in Gaza.' Her own laughter bubbles through the pages of A Rebel in Gaza: a stubborn, defiant joy in living, as keen as her rage or her grief ... A Rebel in Gaza is a love letter to an unloved place, a memoir written in collaboration with the Lebanese novelist Selim Nassib ... The usual smeary lenses through which the region is viewed are blessedly absent ... The world would be poorer without Ghoul’s voice, without her warmth, her fury and her laughter.
Read Full Review >>
Rave Kirkus
Fierce and defiant, al-Ghoul’s book is as much a celebration of Gazan resilience in the face of raging internal and external conflicts as it is of one woman’s life-affirming strength of will ... An eloquent, provocative, and timely memoir.
Read Full Review >>
Positive Publishers Weekly
Vivid and direct language ... This searching exploration illuminates the crossroads of gender and Palestinian identity.
See All Reviews >>
What did you think of A Rebel in Gaza: Behind the Lines of the Arab Spring, One Woman's Story?
© LitHub | Privacy