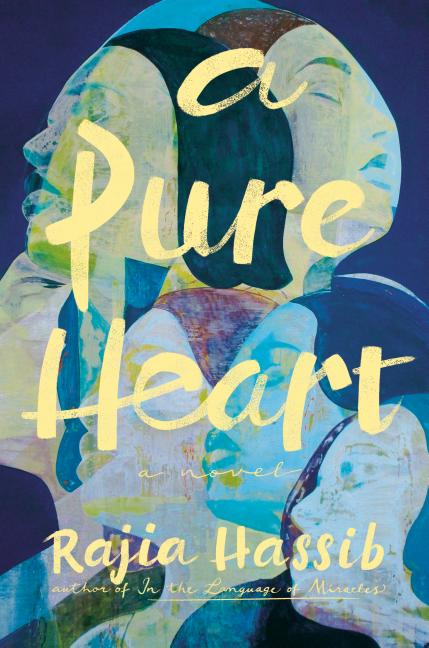 Sisters Rose and Gameela Gubran could not have been more different. Rose, an Egyptologist, married an American journalist and immigrated to New York City; Gameela, a devout Muslim, stayed in Cairo. When Rose returns to Egypt after Gameela was killed in a suicide boming, she sifts through the artifacts Gameela left behind, desperate to understand how her sister came to die, and who she truly was.

What The Reviewers Say
Rave Donna Meredith,
Southern Literary Review
Hassib’s novel shines as one of the finest explorations of identity, religion, and culture in modern American literature. Her background leaves her particularly well situated to develop these themes ... brilliantly illuminates the complications of our world: the clash of religious beliefs, the uneven division of wealth, our classist snobbery, the failure of our best intentions. Yet the story is not simply an examination of problems. It is also a fervent illustration of the strength and beauty of familial bonds, ties that persist even after death.
Read Full Review >>
Positive Noor Brara,
The New York Times Book Review
...the most distressing element of Hassib’s novel is not the forbidden relationships, the knotty family dynamics or even the revenge-streaked story of the young suicide bomber who took Gameela with him. Rather it is the cutting analysis of how utterly exhausting it is for any one individual to try to contain multitudes. Mark’s and Rose’s stories poignantly underscore the disorientation of having various components of yourself dispersed throughout the world ... In A Pure Heart, Hassib, herself an Egyptian immigrant living in West Virginia,articulates the full-bodied chorus of Egypt’s voices ... In so doing she exposes mankind’s best and worst qualities, our universalities and differences, illuminating all the while the myriad ways in which a heart can be pure.
Read Full Review >>
Rave Kathryn Burak,
The Boston Globe
...a timely, sweeping tale that examines the intersection of fate and choice, the pull of culture and identity, family and love ... it’s in each of the characters’ distinct stories — and in telling them each so skillfully, so movingly — that Hassib fulfills her mission to humanize the page-one news account, and to puncture our sense of moral certainty ... that’s the artistry of this novel: Each of the characters, in turn, is at the center; and each one, in a flawed and human way, is in pursuit of their own version of purity of heart ... could a simple act of kindness have been the butterfly effect that kept him from killing nine people? We cannot know, but the point of this beautifully written story is that you’ll find yourself wondering.
Read Full Review >>
See All Reviews >>
SIMILAR BOOKS
Fiction

Girl A
Abigail Dean
Rave
What did you think of A Pure Heart?
© LitHub | Privacy