A Private Spy: The Letters of John Le Carré 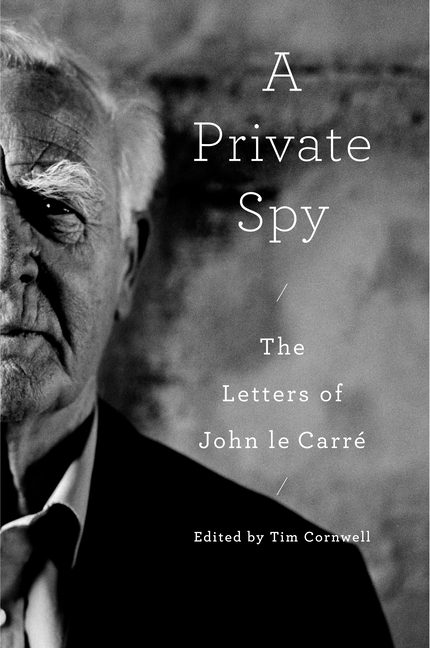 An archive of letters written by the late John le Carré, giving readers access to the intimate thoughts of one of the greatest writers of our time.

What The Reviewers Say
Rave Jake Kerridge,
The Telegraph (UK)
There are not that many factual revelations ... But one devours this book not for purposes of truffling out new information but to enjoy, as with so many chronological collections of letters, a pleasing sense of a life unfolding as it was lived with no knowledge of the future or the significance of events ... Le Carré’s letters are often very witty, especially when he’s making fun of his own buttoned-up-ness ... There are letters to accountants and the like included to show his prosaic side, but what is striking is how many of these ephemeral missives have been written with the whole heart, and are worth reading over and over again ... What emerges from the book, in other words, is a human being, liberally studded with warts and lousy with virtues – noble and petty, generous (with money as well as time and praise) and thoughtless, self-pitying and brave, absorbed in his private battles with his demons and preternaturally attuned to the way the world works ... A brilliant book, le Carré’s final masterpiece.
Read Full Review >>
Positive Anthony Cummins,
The Observer (UK)
Rich ... He's huffy as well as warm ... A Private Spy is edited by one of le Carré’s sons, Tim Cornwell, who died this summer having prepared the book for publication. His introduction notes an 'obvious omission': the author’s numerous lovers during his life as a twice-married father of four.
Read Full Review >>
Positive Blake Morrison,
The Guardian (UK)
Sensitively edited by his son Tim...with the emphasis thrown on his father’s best self and industrious literary career ... The lasting impression the letters leave is of his doubleness ... He’s acidic one moment, warm-hearted the next, sometimes about the same person ... The letters show how hard he worked to get the fiction right.
Read Full Review >>
See All Reviews >>
What did you think of A Private Spy: The Letters of John Le Carré?
© LitHub | Privacy