A Philosophy of Ruin 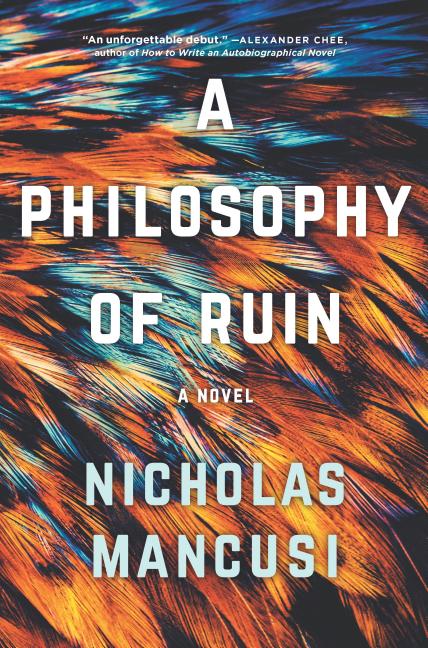 After his mother dies and it is revealed she has left the family in debt, a young philosophy professor finds himself in the middle of a drug-running operation with one of his students.

What The Reviewers Say
Positive Melissa Febos,
The New York Times Book Review
The first quarter of the novel is dedicated to such astute and indulgent articulations of grief and selfhood. Oscar is exactly as smart and self-pitying as he should be, sympathetically real though he embodies the stereotype of a philosophy professor ... If Oscar is at least a three-dimensional stereotype, the other characters are not nearly as faceted ... In many respects, it reads like the sort of fantasy a man like Oscar might invent for himself. Or, that a novelist might create to perfectly test his protagonist’s integrity.
Read Full Review >>
Rave Magan Szwarek,
Booklist
... a gripping thriller ... Mancusi’s writing is sophisticated, graceful, and deeply empathetic. Oscar’s descent into grief and his dark, nihilistic impulses are vividly described, while the story rockets toward a conclusion that is both inevitable and crushing.
Read Full Review >>
Rave Kirkus
For all its edgy, downbeat humor, the novel inspires a deep emotional investment in Oscar. The big existential questions that get asked are brilliantly framed by his antics. The payoff is, dare we say it, profound ... Brooklyn writer Mancusi's revelatory novel is a drug tale with a difference—even the chase scenes are philosophical.
Read Full Review >>
See All Reviews >>
SIMILAR BOOKS
Literary

Please See Us
Caitlin Mullen
Rave
What did you think of A Philosophy of Ruin?
© LitHub | Privacy