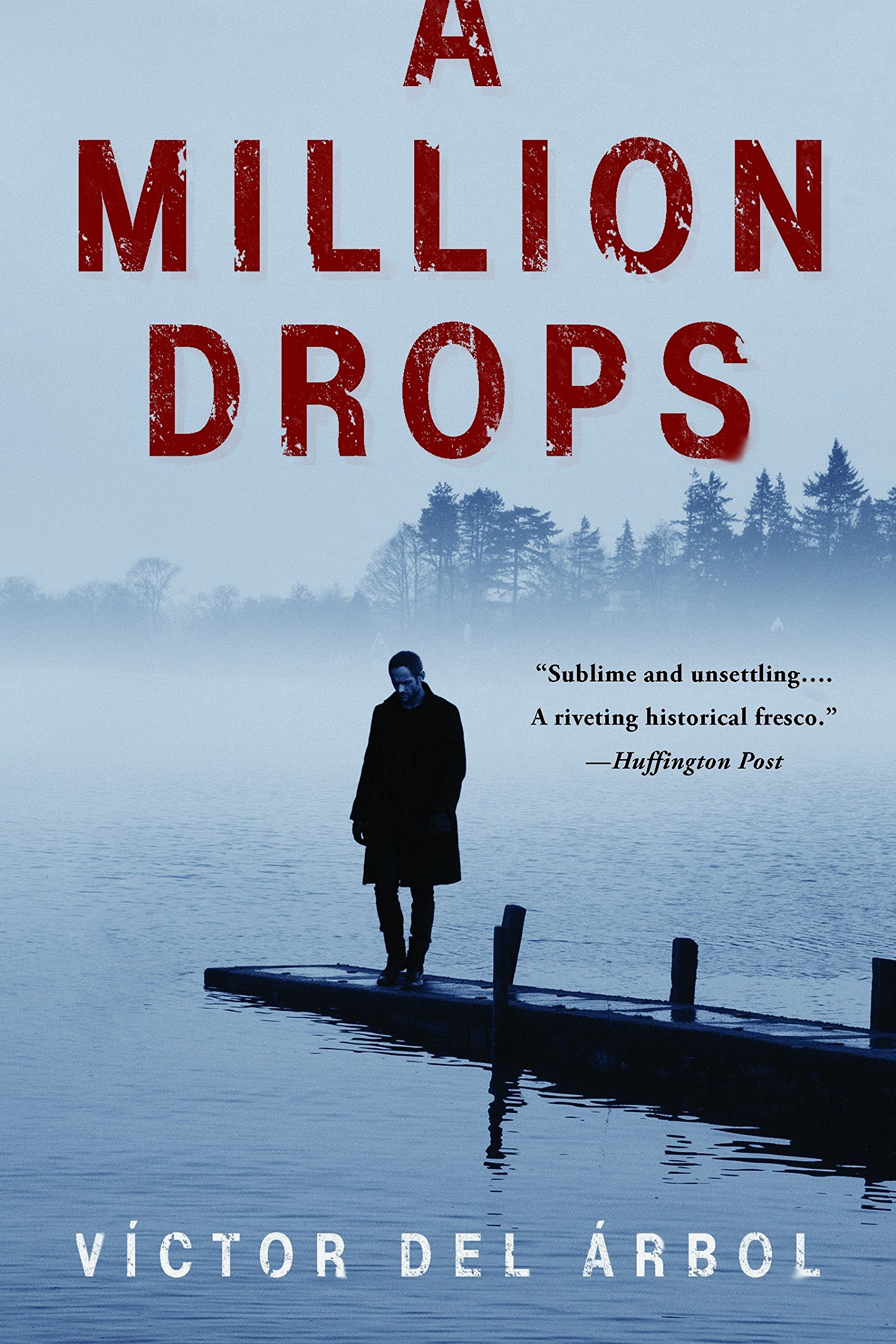 A mystery...extending over decades, generations, and nations as it attempts to illuminate the deepest mystery of all—the evil within the human soul.

What The Reviewers Say
Rave Manuel Roig-Franzia,
The Washington Post
About midway through the...novel A Million Drops a young woman with too many questions on her mind arrives at the hellscape of a desolate Western Siberian town ... Tania, one of many tormented and searching souls in the Spanish author Víctor del Árbol’s sprawling work, turns to the ferry­man and asks what happened in this place, a town with a notorious legacy called Nazino. The man shrugs. 'Things from the past,' he says ... Unanswered questions and vague retorts run throughout A Million Drops, a book that traces the murky saga of the Soviet Union’s engagement in the Spanish Civil War, a conflict that many modern-day Spaniards still struggle to process ... A Million Drops is an effort that defies categorization, pulling together the best elements of historical fiction, psychological thrillers and literary character studies.
Read Full Review >>
Positive Thomas Gaughan,
Booklist Online
Árbol builds a complex and engaging crime novel from many seemingly disparate characters and events. Diffident, middle-age Barcelona attorney Gonzalo Gil maintains his modest solo practice, but his assertive wife wants him to join her father’s high-powered firm, and Gonzalo knows the invitation will cost him. Things begin to spin out of control when he learns that his estranged older sister, who gave up a promising career in journalism to become a police inspector, has committed suicide and is assumed to have tortured and murdered a Russian gangster ... A Million Drops is genuinely compelling, but at more than 600 pages stuffed, it might leave some readers feeling like they’ve overindulged on a very rich dessert.
Read Full Review >>
Rave NY Journal
Gonzalo Gil is a middle-aged attorney...learns that his sister Laura, a police detective, apparently committed suicide after murdering a man suspected of killing her son, Gonzalo becomes obsessed with retracing his sister’s last investigation. He finds himself plunged into the murky, violent depths of his family’s past and their connections to Soviet Communism and the antifascist movement in Spain. Gonzalo’s safety becomes compromised, his family turns away from him, and the forces of the past loom up out of the darkness to threaten his very survival. A Million Drops is best approached as a literary crime novel. The themes it explores, including the depths of human depravity, the corruption of power, and the true nature of evil, all receive thorough consideration. Del Árbo takes his time developing his characters, adding insight one drop at a time, as it were. A Million Drops, in the final analysis, is not an entertainment but a serious-minded work of literature using crime fiction as a point of departure for a thorough consideration of its themes. This novel is highly recommended, but with two caveats: be prepared to invest an appropriate amount of time to read it; and be equally prepared to spend that time exploring a world view that is dark, somber, violent, and unrelenting.
Read Full Review >>
See All Reviews >>
SIMILAR BOOKS
Fiction

The Devil Takes You Home
Gabino Iglesias
Positive
What did you think of A Million Drops?
© LitHub | Privacy