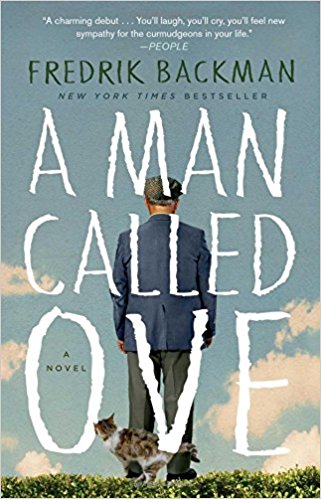 Ove, a grumpy yet lovable man, finds his solitary world turned on its head when a boisterous young family moves in next door.

What The Reviewers Say
Rave G. Allen Johnson,
The San Francisco Chronicle
[A Man Called Ove] tackle[s] the issue of unrelenting hopelessness in that uniquely Swedish way … Ove is trying to commit suicide. Then those pesky new neighbors — a young couple, with the wife a pregnant Iranian woman — come into his life. It is the first of many distractions that keep him from his task … Ove also revisits his life with his wife through a series of tender flashbacks as A Man Called Ove unfolds in a genial, quirky tone. Though our put-upon hero’s gradual realization that he has much to live for is obvious from the get-go, it still is a pleasant journey from pawn to king — spiritually speaking, of course.
Read Full Review >>
Rave Carol Haggas,
Booklist
At 59, Ove is a grumble Gus of the first degree. Rules are made to be followed, signs are meant to be obeyed, and don’t even get him started about computers and mobile phones … Though Ove’s dark mission mitigates any treacly upstaging by animals and small children, readers seeking feel-good tales with a message will rave about the rantings of this solitary old man with a singular outlook. If there was an award for ‘Most Charming Book of the Year,’ this first novel by a Swedish blogger-turned-overnight-sensation would win hands down.
Read Full Review >>
Rave Jen Forbus,
Shelf Awareness
In his quirky, heartwarming debut, Fredrik Backman introduces the world to Ove, who recently lost his wife, Sonja, to cancer and his job to downsizing. Ove lived for both and feels suddenly irrelevant, so he's resolved to commit suicide. Fate has other plans … Backman juxtaposes the seriousness of tragedy with the hilarity of life's unpredictability in a respectful and endearing recitation of Ove's experiences … A Man Called Ove is exquisite. The lyrical language is the confetti thrown liberally throughout this celebration-of-life story, adding sparkle and color to an already spectacular party. Backman's characters feel so authentic that readers will likely find analogues living in their own neighborhoods.
Read Full Review >>
See All Reviews >>
SIMILAR BOOKS
Fiction

All the Broken Places
John Boyne
Mixed
What did you think of A Man Called Ove?
© LitHub | Privacy