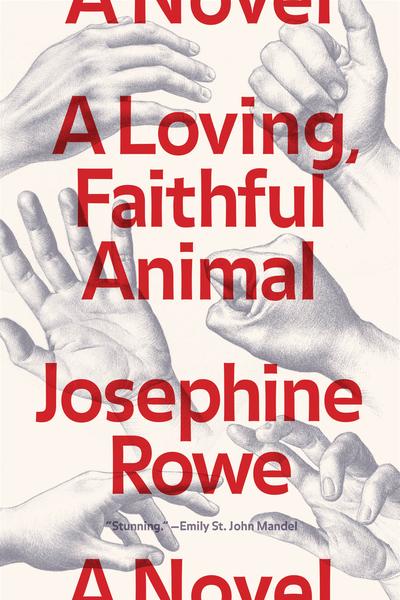 A debut novel by the winner of the 2016 Elizabeth Jolley Prize. Set in rural Australia in 1990, a portrait of the splintering of a family whose patriarch is haunted by his experiences in Vietnam.

What The Reviewers Say
Rave Samantha Hunt,
The New York Times Book Review
Rowe’s use of siblings brings to mind experiments based on twins. What happens if one brother goes to war and one stays home? Or when one sister accepts the privilege of wealth, comforts the other sister has rejected? Rowe has constructed a glorious either/or equation that allows a reader to calculate outcomes ... This is a highly interior book, in which gorgeous, precise language encourages inner storms as the surface remains calm, and Rowe — introducing notions of airline flights, runaways, fast cars and motorcycles — asks whether we ever move fast enough to escape this deep damage. Like the best of Breece D’J Pancake or W. G. Sebald, Rowe plants small moments from history as a soldier might bury land mines. What lies dormant beneath us? A massacre, a dead pet, a crime unchallenged. Rowe then waits for her characters to stumble home drunk or tired one night, tripping that memory wire, while we as readers watch the world explode.
Read Full Review >>
Rave Rebecca Rand,
Zyzzyva
The sense of danger comes from the way Rowe weaves this family’s ecosystem into the wider southeast Australian wilderness, lending the story a feeling of urgency and rawness. Every time you settle into the familiar narrative of suburban linoleum depression, a spider the size of a hand crawls across the ceiling. In this book characters can’t go for a walk without crunching cicada husks beneath their shoes, pass a fence without seeing a strung-up fox (both a trophy and a warning), or hear gunshots without wondering if someone finally got the giant black cat that’s been stalking the area. Rowe doesn’t use quotation marks, so dialogue blends into characters’ thoughts and descriptions of the environment. This stylistic choice, rather than muting the dialogue, turns the ambient volume up: the crunches, crackles, and gunshots ... A Loving, Faithful Animal is the story of a family trying to rediscover their identity after the abusive presence they once molded themselves around has disappeared. Rowe depicts her characters searching in the wake of their former selves for the moments, objects, and places they can use to construct their new identities. Rowe’s way of emphasizing the landscape to express her characters’ inner worlds proves both contemplative and thrilling.
Read Full Review >>
Rave Noah Sanders,
The East Bay Review
...[an] outstanding debut novel ... Rowe is, and this can’t be said enough, a remarkable writer. Her prose is a mixture of Denis Johnson’s tough guy prattle and the deft, character painting of Stephen King. These are seriously fucked up people, and Rowe has no problem putting that on the page, of scraping away at their sorest spots to slowly expose them to her readers. What Rowe is able to pack into such a short book (162 pages) is incredible—she builds a broken down world filled with living, breathing humans in what some authors would call an opening act. Her writing is somehow both visceral and dreamlike, alive but floating in a state of sustained shock ... Rowe has managed to take one of the great tropes of literature—the shattered family—and inject it with a blast of edgy, searing emotional fire. If it was only her writing that was as good as it is—and it is phenomenal—this would be a book to devour in a sitting, every word slowly savored. But her skill at description and setting is merely the gift-wrapping for a book that quietly, yet savagely, paints a picture of what it’s like to survive, and what it takes to continue doing so.
Read Full Review >>
See All Reviews >>
SIMILAR BOOKS
Coming Soon

What Could Be Saved
Liese O'Halloran Schwarz
Positive
What did you think of A Loving, Faithful Animal?
© LitHub | Privacy