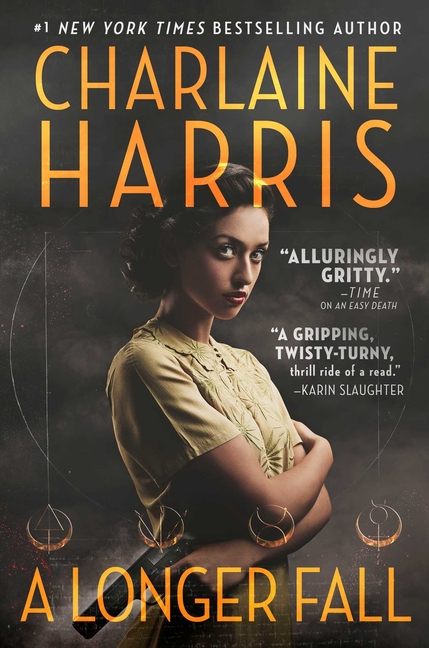 In the second installment of the Gunnie Rose series, Lizbeth Rose is hired onto a new crew to transport a crate. But what seemed like a straight-forward job turns into a massacre as the crate is stolen. Up against a wall in Dixie, where social norms have stepped back into the last century, Lizbeth has to go undercover with an old friend to retrieve the crate as what's inside can spark a rebellion, if she can get it back in time.

What The Reviewers Say
Positive Noah Fram,
BookPage
... just as gritty as its predecessor. Harris’ prose is blunt and uncomplicated, matching Lizbeth’s general sensibility, and lending the novel a welcome readability. This straightforward style meshes well with the first-person narration, implying that the protagonist is relating events in her own words as she remembers them. Each character is filtered through Lizbeth’s biases, resulting in a refreshingly direct story, albeit one in which everyone uses roughly the same cadence and vocabulary and some of the plot twists are foreshadowed into predictability ... The most remarkable aspect of A Longer Fall, though, is the fluency of Harris’ alternate history. Her fractured United States features references to Alexei Romanov’s hemophilia, Russian and Coptic Orthodox theology and the racial dynamics of the Reconstruction-era American South, to name a few.
Read Full Review >>
Positive Dawn Kuczwara,
Booklist
Harris fans looking for a new Sookie Stackhouse series won’t find it here. Lizbeth is far different—and more capable—than Sookie, and the tone is more bleak. However, fans of thrillers and alternate history will like this heart-pounding western.
Read Full Review >>
Positive Pamela Kramer,
Bookreporter
Much of the story is plot-driven, with plenty of dialogue to advance the action. Harris gives Lizbeth a folksy way of talking, and she veers from speaking correctly --- especially around her mother, a school teacher --- to using colloquial language, which can be jarring at times...Readers may accept those kinds of language disconnects as part of the novel’s charm. Others may find them distracting ... All in all, though, A Longer Fall is a fascinating and unique combination of action and fantasy.
Read Full Review >>
See All Reviews >>
SIMILAR BOOKS
Fantasy

Trouble the Saints
Alaya Dawn Johnson
Positive
What did you think of A Longer Fall?
© LitHub | Privacy