A Long Petal of the Sea 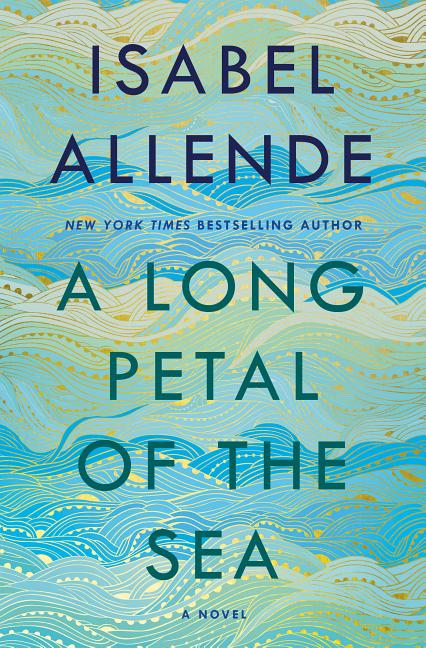 Pregnant widow Roser and Dalmau, the brother of her deceased love, flee Spain after General Franco's Fascist takeover on the SS Winnipeg, a ship chartered by the poet Pablo Neruda to help resettle refugees in Chile. The pair live peacefully together as man and wife to raise Roser's child in Chile—until 1973, when dictator Augusto Pinochet rises to power after a U.S.-backed military coup unseats Marxist President Salvador Allende.

What The Reviewers Say
Rave Paula McLain,
The New York Times Book Review
[Allende] has deftly woven fact and fiction, history and memory, to create one of the most richly imagined portrayals of the Spanish Civil War to date, and one of the strongest and most affecting works in her long career ... The notions of love and belonging are satisfyingly complex in the novel, where intimate connections are challenged as countries tumble toward fratricidal conflict and upheaval ... [Allende] shows a deft hand and tremendous poise here, creating a story that feels true as well as consequential ... as in much of Allende’s fiction, there is the sense that every human life is an odyssey, and that how and where we connect creates the fabric of our existence: the source of our humanity. If what happens to us — the axis of our fate — is nearly always beyond our control, stubbornly unchangeable, we can still choose what we cleave to and fight for, refusing to be vanquished. This is true belonging, and how we build a world.
Read Full Review >>
Rave Pamela Miller,
The Star Tribune
... sweeping, splendid ... This is [Allende's] best book in years, one she has poured all of her prodigious passion and talent into, perhaps because it tells a story so close to her heart ... Allende eloquently schools us in those terrible times, taking us deep into the history and heart of the country she grew up in. Here there is no magical realism, the hallmark of her first and most famous novel, The House of the Spirits This is bald, bloody realism ... Yet the novel is also powerfully romantic ... Allende’s occasional tendency to sentimentalize is entirely absent from this story. Absent, too is any romanticizing of war — she chronicles Republican as well as Nationalist atrocities — and love — betrayals and mistakes are rife even with good people ... Nor is there political proselytizing. But the story’s focus on the plight and resilience of refugees is not just historical, but a matter that endures, worldwide, to this day.
Read Full Review >>
Positive Rigoberto González,
The Los Angeles Times
Isabel Allende’s latest novel marks a return to the time and setting of the book that jump-started her literary career, The House of the Spirits, but with far less supernatural elements and a more expansive engagement of revolution, exile and the determination of the human spirit ... Despite the prominence of historical events and that the protagonists are so intricately woven into them, the novel manages to develop the complicated bond between Victor and Roser ... A Long Petal of the Sea, a page-turning story rich with history and surprising subplots that keep the novel unpredictable to the end, serves as a counterpoint and companion to Allende’s first novel. This time, though, she focuses on the lives of the downtrodden but no less heroic figures of war.
Read Full Review >>
See All Reviews >>
What did you think of A Long Petal of the Sea?
© LitHub | Privacy