A Light of Her Own 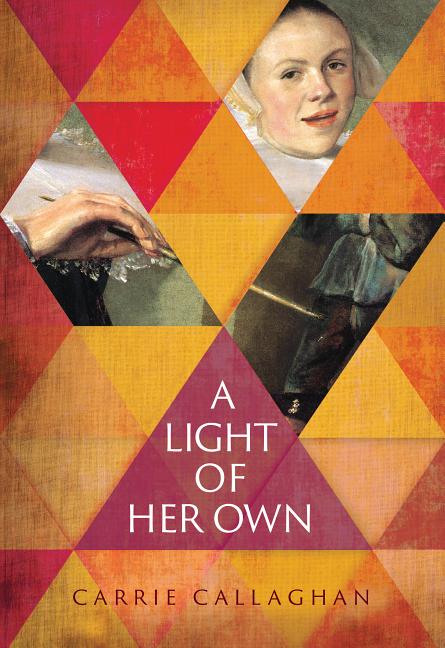 A vivid portrait of a remarkable artist, A Light of Her Own is a richly-woven story of grit against the backdrop of Rembrandt and an uncompromising religion.

What The Reviewers Say
Rave Carol Katz,
The New York Journal
In this historical fiction novel, the author meticulously researched the lives of Judith Leyster and Maria de Grebber, two unknown Dutch painters in the 17th century. The story is about their friendship and their destinies, which would eventually be shaped by their own independent ambitions ... A Light of Her Own, as a portrait of two brave and ambitious Dutch women painters, and a glimpse into 17th century life in Holland, is recommended to all fans of historical fiction.
Read Full Review >>
Rave Sarah Shoemaker,
Washington Independent Review of Books
Though most of Leyster’s life beyond her painting has been lost to history, Carrie Callaghan, in her debut novel, A Light of Her Own, has brilliantly re-imagined this woman who dared to believe herself the equal of her male Artists’ Guild co-members ... In A Light of Her Own, Carrie Callaghan has created a remarkable pair of heroines... And the Netherlands of the 17th century is described to us as only an artist — and a realist — could ... With details like these, A Light of Her Own catches the reader in a web of intrigue, art, and ambition and does not let go until the final page.
Read Full Review >>
Rave Hannah Hohman,
Foreword Reviews
A Light of Her Own is a beautifully crafted story set in seventeenth-century Holland, in which two women navigate the law, destiny, and their unstoppable ambition ... Carrie Callaghan imagines a profound friendship between the historical women, and Judith and Maria’s stories weave together and apart, their fates carrying them. Judith struggles to keep painting in the face of adversities, including those related to her gender. Her brother brings shame to the family name, and teaching apprentices comes with fees and difficulties. Meanwhile, Maria battles a secret that weighs her down ... A Light of Her Own is a riveting fictionalized account of Judith Leyster and Maria de Grebber’s connections.
Read Full Review >>
See All Reviews >>
SIMILAR BOOKS
Fiction

The Forger's Daughter
Bradford Morrow
Rave
What did you think of A Light of Her Own?
© LitHub | Privacy