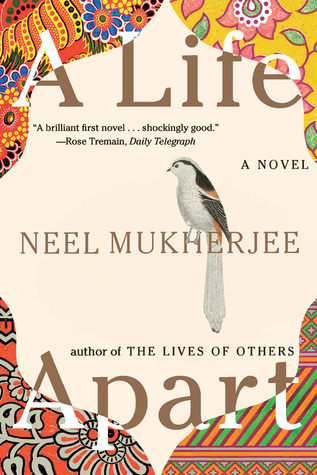 Ritwik Ghosh, twenty-two and recently orphaned, finds the chance to start a new life when he arrives in England from Calcutta. But Oxford holds little of the salvation Ritwik is looking for. Instead, he moves to London, where he drops out of official existence into a shadowy hinterland of illegal immigrants.

What The Reviewers Say
Positive Joan Acocella,
The New Yorker
Both Ritwik’s and Miss Gilby’s stories are told from the point of view called third-person limited. They are not 'I,' but he and she; nevertheless, we usually see only what they see. As a result, the simultaneous unrolling of the two tales—Ritwik in the lavatory, Miss Gilby in the parlor—becomes a harvest of complication, irony, and texture. At the same time, the juxtaposition has a moral aspect, telling us that grief is widely apportioned among us. When, maybe halfway through the book, we realize that Miss Gilby’s story is Ritwik’s creation—it is a novel that he is writing—the act of empathy becomes breathtaking.
Read Full Review >>
Mixed Kamila Shamsie,
The Guardian
Mukherjee deftly interweaves the worlds of the arms trade, sex workers, fruit pickers and the Daily Mail, while also casting a light on the economic policies of the Raj, communal violence and the fragility of relationships conducted under the glare of history. But he never loses sight of his characters and their emotional upheaval. The growing tension is expertly handled; the ending unsurprising yet completely devastating.
Read Full Review >>
Mixed Katherine A. Powers,
The Barnes & Noble Review
Mukherjee has a great gift for summoning character, milieu, and mood: the meanness and claustrophobia of Ritwik’s India; his feeling of estrangement at Oxford; the greasy desperation of back-street London; the punishing, dead-end existence of casual laborers; the desolation that reigns in Mrs Cameron’s decaying house, which, little by little, turns to a cautious intimacy between the young man and the decrepit old woman; and the obscene luxury and privilege of a grand Park Lane hotel. Each scene from Litwik’s life is rich and absorbing, as are those from Mrs Gilby’s life in India, and yet the whole thing doesn’t really cohere. There is so much of so many good (bad) things, that they defy a governing mold.
Read Full Review >>
See All Reviews >>
SIMILAR BOOKS
Fiction

Kaleidoscope
Cecily Wong
Rave
What did you think of A Life Apart?
© LitHub | Privacy