A Ladder to the Sky 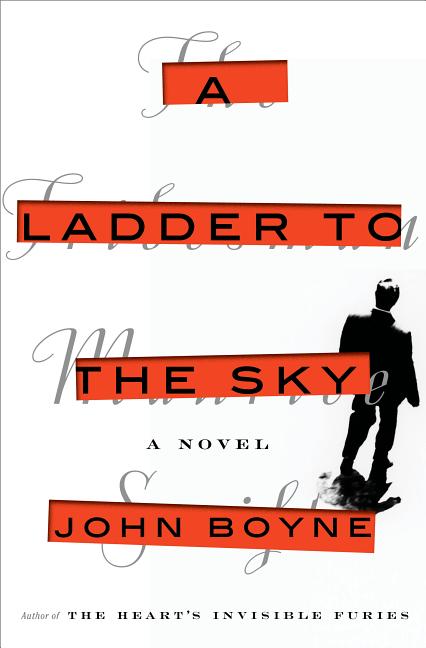 A psychodrama following one brilliant, ruthless man who will stop at nothing in his pursuit of success.

What The Reviewers Say
Rave Ron Charles,
The Washington Post
I’m embarrassed by how much I enjoyed John Boyne’s wicked new novel, A Ladder to the Sky. It’s an addictive Rubik’s Cube of vice that keeps turning up new patterns of depravity. By the time every facet clicks into place, the story feels utterly surprising yet completely inevitable ... A Ladder to the Sky is a satire of writerly ambition wrapped in a psychological thriller. Beware reading this in public: Boyne’s prose inspires such a collision of laughing and wincing that you’re likely to seem a little unbalanced ... Clearly, decades in the business have rendered Boyne fluent in the language of literary combat. He knows just how certain writers pierce their colleagues with barbed compliments and hobble them with belittling praise.
Read Full Review >>
Rave Hannah Beckerman,
The Guardian
Boyne builds the tension of Maurice’s insidious questioning with masterly precision, allowing the reader to understand Maurice’s duplicitous intentions long before the naive Erich does. What follows is a deliciously dark tale of ambition, seduction and literary theft ... In Maurice Swift, Boyne has given us an unforgettable protagonist, dangerous and irresistible in equal measure. The result is an ingeniously conceived novel that confirms Boyne as one of the most assured writers of his generation.
Read Full Review >>
Mixed Elissa Schappell,
The New York Times Book Review
Unfortunately, neither Maurice nor the novel, which until this point is very engaging, thrives in captivity ... [A Ladder to the Sky employs] a narrative device that is a bit baffling for the reader... until a twist sends the plot, regrettably, in a different direction, away from its promising beginning as a comic novel satirizing the literary world, and toward the realm of simple satire, which glories in cliché and antic cruelty. I wish Boyne had chosen one path or the other. I cheer his attacks on the publishing industrial complex, but the strokes are so broad the assault is more ticklish than brutal. If satire was Boyne’s intention, a bit more poison in the pen would have helped in drawing out the three female characters, all of whom suffer under the weight of stereotypes.
Read Full Review >>
See All Reviews >>
SIMILAR BOOKS
Coming Soon

The Magnolia Palace
Fiona Davis
Rave
What did you think of A Ladder to the Sky?
© LitHub | Privacy