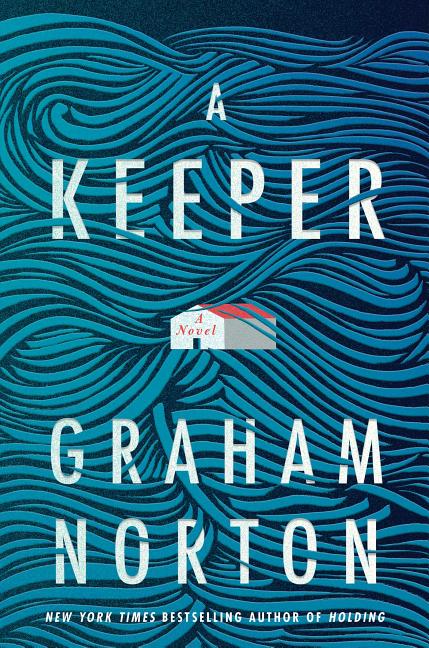 From Graham Norton—the BAFTA-award-winning Irish television host and author of Holding, a tale of secrets and ill-fated love follows a young woman who returns to Ireland after her mother’s death and unravels the identity of her father.

What The Reviewers Say
Rave Ray Palen,
Bookreporter
[Norton's] latest release, is even better than Holding and has plenty of plot twists ... It is one of the best books I have read where a lead character has the rug completely pulled out from under them when they realize that everything they thought they knew about themselves, their family and their loved ones is wrong. The ending is quite cathartic and satisfying, making it a treat of a novel that I highly recommend. Norton indicates in the Acknowledgements that he loved spending time in Muirinish and Buncarragh, and hopes his readers have as well. I can personally aver that the hours I spent buried in the wonderful and mystical land that is Ireland was well worth it.
Read Full Review >>
Positive Hannah Beckerman,
The Guardian
Graham Norton’s 2016 debut novel, Holding, surprised critics with its empathy, delicate characterisation and strong plotting. His follow-up again demonstrates these virtues ... Norton is perceptive on the nuances of relationships. Elizabeth’s loneliness is ever present though never overplayed, and her difficult ties with her extended family oscillate between frustration, anger, regret and resignation. The sense of Patricia’s isolation as a single parent in 1970s rural Ireland is sensitively handled, while in both the present and past sections, the politics of small-town communities are captured with insight and precision ... With Norton’s wry sense of humour throughout, A Keeper is a gripping, thoughtful tale about the search for identity, belonging and self-possession.
Read Full Review >>
Pan Paraic O'Donnell,
The Irish Times
...a great many particulars are supplied early on, and although there is plenty to pick over in this trove of family history, it is not at all clear what we ought to make of it ... Much of the difficulty is due to this novel’s tone, which from the outset veers between melodrama...and fizzy bonhomie...A Keeper, according to its cover blurb, is 'a twisted tale of secrets and ill-fated loves', and while unpleasant surprises are indeed in store (we will return to those shortly), we are never quite sure whether to laugh or cry ... There are traces here of the book this might have been. Norton has a keen eye for the quirks and textures of small Irish towns, and might have made a go of the dark and ribald comedy that seems at times to be straining to get out. But as A Keeper lurches to its sombre and oddly stagy finale, we are preoccupied not with what might have been but with what he could possibly have been thinking.
Read Full Review >>
See All Reviews >>
SIMILAR BOOKS
Coming Soon

On Java Road
Lawrence Osborne
Rave
What did you think of A Keeper?
© LitHub | Privacy