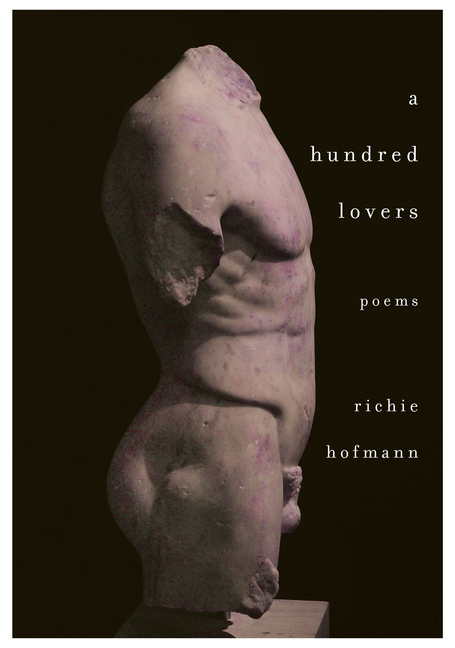 A Hundred Lovers is a catalog of encounters, sublime, steamy, and frank. Inspired by French autofiction, the poems feel both sharp and diaristic; their lyrical, intimate world brings us everyday scenes imbued with sex. Eros enters, where shame had lived, the speaker observes, as the poems explore risk and appetite, promiscuity and violence, and, in the wake of his marriage, questions about monogamy and desire.

What The Reviewers Say
Rave Steven Tagle,
BOMB Magazine
From the richness of daily life...[Hoffman] constructs a temple to desire’s shifting moods and meditates on the complications of loving and being loved ... Hofmann continues to mine his fascination with the ancient world, classical music, nature, and art ... In A Hundred Lovers, it’s the conquest of the feverishly wanting body that takes center stage ... These new poems are thrillingly, deliciously frank ... The exorcism of shame from gay sexuality and especially penetration is crucial to Hofmann’s project ... The progression of this book, in which lovers turn endlessly towards the speaker and then away, forms a jagged landscape, like the edge of any potsherd looking for its other half ... Hofmann’s use of the past tense in this poem contributes to its elegiac tone and adds poignancy to the final lines.
Read Full Review >>
Rave Will Brewbaker,
Los Angeles Review of Books
While A Hundred Lovers has been billed by its publisher as “an erotic journal in poems,” this framing — though not wrong exactly — belies the formal 'compression' and 'indirect approach' that inform nearly every line of this excellent collection ... Throughout A Hundred Lovers, Hofmann often appears, at a poem’s outset, to offer us a comprehensive account of a sexual encounter — only to leave us, at the poem’s end, back in the beguiling dark that both precedes it and proceeds from it ... Hofmann’s poetry attempts to bring together resonant history and what that history has sought to keep apart: namely, the male lovers who populate his every poem ... To read A Hundred Lovers, then, is to read not just an account of a body in the various stages of love...but also of a body as it revels in the world around it. As they traverse specific streets in Germany and France, Hofmann’s poems come to resemble, collectively, a kind of travelogue ... Maybe the point, for Hofmann, is not the final color per se but rather the act of mixing the colors — of poetic making, of poesis — which, like time or history or memory itself, is never really finished.
Read Full Review >>
Rave Mandana Chaffa,
Chicago Review of Books
There’s something especially beautiful and necessary about Richie Hofmann’s A Hundred Lovers ... Wandering through this collection is similar to a luxurious meander through one’s favorite museum, with the plentiful white space on the pages framing the poems literally and figuratively ... His explorations—like the mythologies—aren’t cherubic, instead embracing both darkness and light. These poems are earthy and multisensory ... There’s a beautiful dreaminess to many of these poems, which is not to say that the language isn’t precise ... Hoffman is especially adept at linking the personal and the historical, turning the lens both inward and outward, and these poems offer artistic and emotional renderings in a temporally expansive manner ... In classical sculpture, as well as poetry, there’s an idealization of form and perfection, but Hofmann is especially interested in the fractures and edges of art and love, those that may make form even more beautiful in their singular nature.
Read Full Review >>
See All Reviews >>
SIMILAR BOOKS
LGBTQ Stories 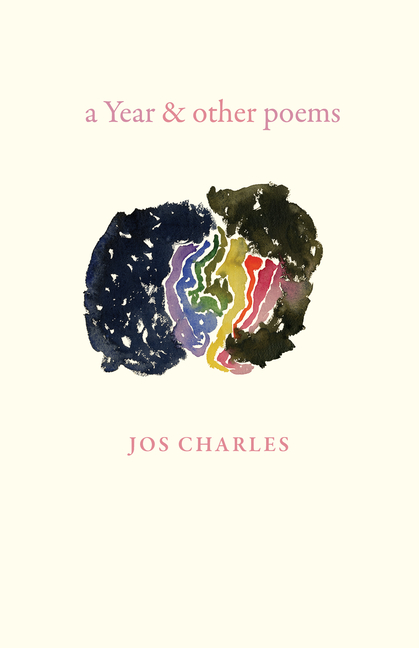 The Naomi Letters
Rachel Mennies
Positive
What did you think of A Hundred Lovers: Poems?
© LitHub | Privacy