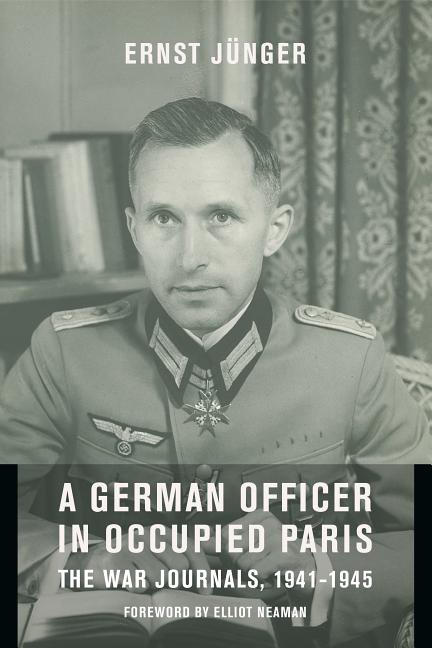 Ernst Jünger, one of 20th century Germany's most important and controversial writers, faithfully kept a journal during the Second World War in occupied Paris, on the eastern front, and in Germany until its defeat. These wartime journals appear here in English for the first time.

What The Reviewers Say
Rave Dominic Green,
The Wall Street Journal
Jünger’s war diaries, translated here with damning clarity by Thomas and Abby Hansen, are a fascinating, refined and disturbing record of the moral disasters of Nazism and collaboration ... Jünger’s aesthetic sensibility is so refined that he seems insensate to his surroundings ... A diary is always written to be read. Jünger, conscious of his fame and position, wrote with posterity in mind. A fellow-traveler on the road to murder, he describes the microcosm of collaboration, but casts a pall of mystical speculation over the chains of command and guilt.
Read Full Review >>
Rave Ritchie Robertson,
The Times Literary Supplement
Our diarist is no ordinary German officer ... these diaries are not only a remarkable document of the time, but bring us close to a strange but highly original person, always capable of a fresh response to the natural world, the atmosphere of Paris, and the hideous events that force themselves on his knowledge. Many of Jünger’s texts have an inhuman chill; these diaries reveal his humanity. The translators have given us a fluent, idiomatic English text, with only a few, though striking, slips ... editors...earn the reader’s gratitude by providing a list briefly identifying all the people mentioned by name in the text (though unfortunately not an index). Readers will also find indispensable the introductory biographical essay by Elliot Neaman, author of A Dubious Past: Ernst Jünger and the politics of literature under Nazism (1999).
Read Full Review >>
Positive Michael Dirda,
The Washington Post
Always intended for eventual publication, the journal eschews soul-searching and avoids anything overtly confessional ... Overall, Jünger remains essentially contemplative, an observer by instinct ... the stark and appalling descriptions of what he saw on the Eastern Front recall Goya’s famous etchings of the disasters of war ... He despises the forces, industrial and ideological, that reduce people to machines or automatons ... Such high-minded ideals don’t preclude shrewd understanding about life in a police state ... Some critics argue that his transcendental-mystical bent tends to aestheticize horror and suffering, which to some extent it certainly does. Still, Jünger himself deserves to be honored as a serious, if morally and politically complicated, European humanist.
Read Full Review >>
See All Reviews >>
What did you think of A German Officer in Occupied Paris: The War Journals, 1941-1945?
© LitHub | Privacy