A Fortune for Your Disaster 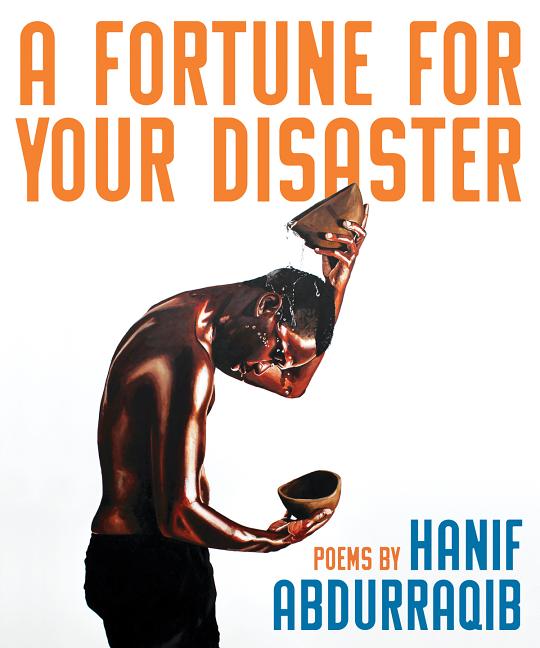 In his much-anticipated follow-up to The Crown Ain't Worth Much, poet, essayist, biographer, and music critic Hanif Abdurraqib has written a book of poems about how one rebuilds oneself after a heartbreak, the kind that renders them a different version of themselves than the one they knew. It's a book about a mother's death, and admitting that Michael Jordan pushed off, about forgiveness, and how none of the author's black friends wanted to listen to "Don't Stop Believin'." Abdurraqib uses touchstones from the world outside―from Marvin Gaye to Nikola Tesla to his neighbor's dogs―to create a mirror, inside of which every angle presents a new possibility.
Rave
Based on 7 reviews

What The Reviewers Say
Rave Conor Bracken,
The Los Angeles Review of Books
The sensation...is of a strong current muscling its way through a landscape ... A Fortune for Your Disaster, bears many of the hallmarks of [Abdurraquib's first collection]: a tight focus on the people in his immediate vicinity, a tendency to let the lines spool out in search of epiphany or closure, a nascent tendency toward more explicit form; but in this new one, we see a poet more strongly in control of his gifts, and scrutinizing some of the skills and proclivities that got him to where he is. Though Abdurraqib is a romantic...this collection is ultimately skeptical, wondering what kind of trouble — as well as what kind of ecstasy — romance and intimacy, writ large, can get one into ... Overall, Abdurraqib shows a stupendous amount of control with his line breaks. He also experiments much more with stanzaic and visual variety, which counters the headlong emotional pitch of the poems, giving the reader sharply delineated spaces to pause and contemplate the mechanics of the trick we’re witnessing ... There’s no doubt that Abdurraqib has a lot to be serious about, but it’s also refreshing to see the majestic illusionist draw the audience in with a little bit of close-up magic. He reminds us, with self-deprecating irony, that trust is important to both poetry and magic, and that if this trust is broken, it should be to dazzle, not to harm.
Read Full Review >>
Rave Stephanie Burt,
The New York Times Book Review
The fast-rising Ohio music journalist’s second book of poems imports characters from, and jokes about, pop, rap, rock and soul...to animate his corrosively serious, hard-to-forget, lines about love, sex, hypocrisy, self-discovery, power, grief and violence ... Very short and very long lines resound equally well in Abdurraqib’s expert hands: In the course of this volume — the kind to which readers return and return — he downshifts from scary memories into widely useful syncopated advice.
Read Full Review >>
Positive Ben Bartu,
The Adroit Journal
...meaning shimmers oddly; a thing seen through roiling water. Lines imitate the title of the book, designed to allow for and often demand a multiplicity of interpretations ... A certain counter-intuitive feeling emerges when trying to make any assertion about a book that does so good a job masking, or multiplying, its author’s intent. Everything that might otherwise appear certain is pushed into a place of seeming ... Impermanence comes alive most viscerally in those poems that discuss love, or its promise—there is a connection here between being Black in America and being in a state of unrequited love ... This was a difficult review to write. Fortune is a heady collection, rife with possibility and a focus that is unafraid to shift, then shift again. The names of the poems are long, their forms varied. There are sweeping prose poems and poems that live mostly in blank space. It’s excellent and time-consuming. It is never simple or easy. If the central question of this book is, 'How Can Black People Write About Flowers At A Time Like This,' then there may be an answer in this approach. Never simply. Never easily.
Read Full Review >>
See All Reviews >>
SIMILAR BOOKS
Fiction

Fantasia for the Man in Blue
Tommye Blount
Rave
What did you think of A Fortune for Your Disaster?
© LitHub | Privacy