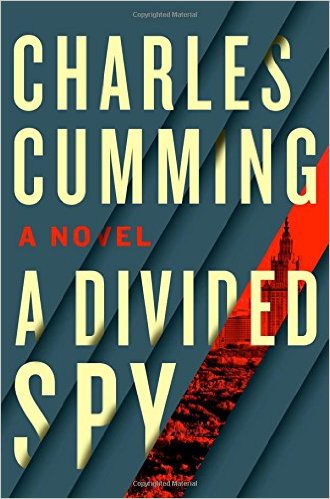 A tale of modern espionage in which former MI6 agent Thomas Kell, who retired following the assassination of his girlfriend, faces off against a handsome and charismatic Russian double agent.

What The Reviewers Say
Rave Dorothy Hayes,
Criminal Element
While most spy thrillers throw so many characters and plots at you that you just get lost after a while, this highly readable tale keeps you abreast with easily digestible facts ... As this spy story twists and turns, we learn that we can’t even trust our own judgment. You have to turn the page to find out what happens next.
Read Full Review >>
Positive Erik Spanberg,
The Christian Science Monitor
Newcomers can read A Divided Spy as a standalone, though they will likely end up reading Cumming’s previous two books just so they can spend more time with Kell, an interesting if melancholy protagonist ... The relationship between Kell and his Russian rival includes not just some fun cat-and-mouse tactics to set up secret meetings, but also the tension of mutual mistrust leavened by mutual anxiety and weariness over spycraft in general.
Read Full Review >>
Positive Gerald Bartell,
The Washington Post
Cumming’s novels depart significantly in one respect from le Carré’s and Deighton’s, as his latest, A Divided Spy, makes clear. Purpose and caring temper protagonist Thomas Kell’s cynicism, lending him more warmth and sensitivity than le Carré’s and Deighton’s often embittered agents ... Kell’s trust and regard for Minasian’s devotion to his lover becomes an affecting and significant aspect of A Divided Spy. Here, refreshingly, being gay is not shorthand for being perverted, repellent and villainous ... a quiet thriller in which a character’s moment of awareness or a soft-spoken exit line can be breathtaking.
Read Full Review >>
See All Reviews >>
SIMILAR BOOKS
Fiction

The Devil Takes You Home
Gabino Iglesias
Positive
What did you think of A Divided Spy?
© LitHub | Privacy