A Dance with Fate 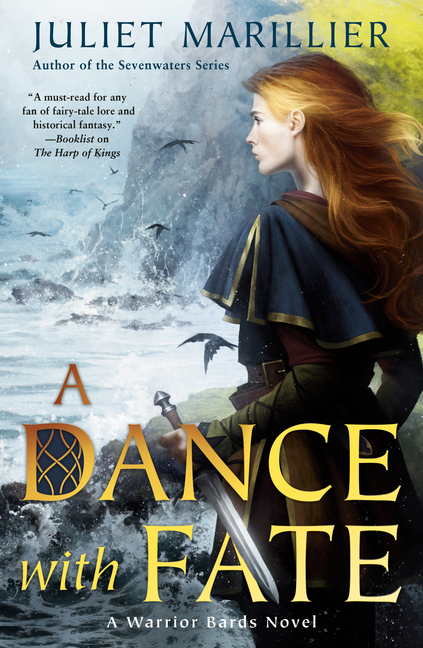 Young warrior and bard Liobhan seeks to repay her debts and settle scores in this historical fantasy series.

What The Reviewers Say
Rave Jason Puckett,
Library Journal
Marillier’s (Blackthorn and Grim series) latest novel in the Warrior Bards series (after The Harp of Kings), set in a fantasy world inspired by mythic Ireland, is a brisk and engaging read with vivid characters and a satisfying conclusion that makes this work as a standalone. Recommended for fans of Katharine Kerr’s Deverry books or Patrick Rothfuss’s Kingkiller Chronicles series.
Read Full Review >>
Rave Arina N,
The Nerd Daily
... every single time, Marillier conquers the delivery of remarkable tales of courage brought alive by magic. A Dance with Fate was an incredible addition to those tales ... Marillier plays grief like the strings of a harp; tightly-coiled, posed to break your heart with the echoes of a sorrowful song. Her storytelling skills infuse every scene with such raw emotion that, slowly and steadily, every scene tethers itself around your heart, linking you to this story and its characters ... The author knows exactly where to end and begin each POV as to make the reader quickly fly through the story in an edge-of-your-set excitement to unravel what comes next. Despite this being quite a long book, I devoured it expeditiously ... A Dance with Fate earns its title well by the way it fills you with uncertainty over its conclusions, even as it lifts your spirits. It’ll call to any reader who prizes a heartfelt story of folklore and emotional character development.
Read Full Review >>
Rave Publishers Weekly
The lovely second mythic fantasy in Marillier’s Irish folklore–inspired Warrior Bards series (after The Harp of Kings) chronicles the youthful romance of Swan Island warriors Liobhan, a talented singer, and Dau, the embittered son of a chieftain ... Marillier’s strength lies in her ability to convincingly convey the genuine trust and compassion between her characters as they come of age in a magical land. Series readers will eagerly await more.
Read Full Review >>
See All Reviews >>
SIMILAR BOOKS
Fantasy

The Last Watch
J S Dewes
Positive
What did you think of A Dance with Fate?
© LitHub | Privacy