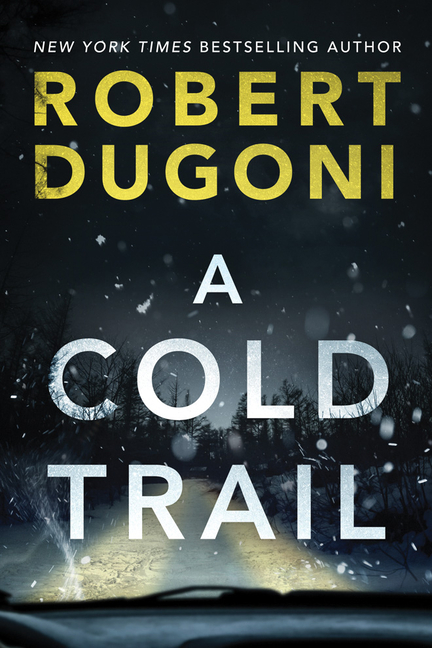 The last time homicide detective Tracy Crosswhite was in Cedar Grove, it was to see her sister's killer put behind bars. Now she's returned for a respite and the chance to put her life back in order for herself, her attorney husband, Dan, and their new daughter. But tragic memories soon prove impossible to escape.

What The Reviewers Say
Rave Jeff Ayers,
The Associated Press
Dugoni blends the best elements of a classic small town mystery with a legal thriller to craft a compelling tale ... His characters and vivid setting drop the reader right into the emotional heart of the story ... Tracy Crosswhite is one of the best protagonists in the realm of crime fiction today, and there is nothing cold about A Cold Trail.
Read Full Review >>
Mixed Don Crinklaw,
Booklist
Fans won’t be surprised by such mundane matters; an earlier Crosswhite novel began with hip-replacement surgery and a weight problem. Then it shifted gears and became a first-class detective story. This one, not so much. Seattle homicide detective Crosswhite copes with motherhood and goes about investigating the murder of a police officer’s wife, but long stretches of the narrative are given over to her lawyer husband’s court case. He represents a merchant about to cheated out of his business, and the prose just lies there ... Dugoni’s touch for creating characters keeps the murder investigation afloat ... And there’s a reward for hanging on for the finale, when murders are exposed, secrets revealed, and an ex-cop wonders, 'How can there have been so much evil in one small town?'
Read Full Review >>
Rave Publishers Weekly
... impressive ... Dugoni weaves a compulsively readable tale of love, loss, and greed. Readers will look forward to the further exploits of his sharp-witted detective.
Read Full Review >>
See All Reviews >>
SIMILAR BOOKS
Coming Soon

On Java Road
Lawrence Osborne
Rave
What did you think of A Cold Trail?
© LitHub | Privacy