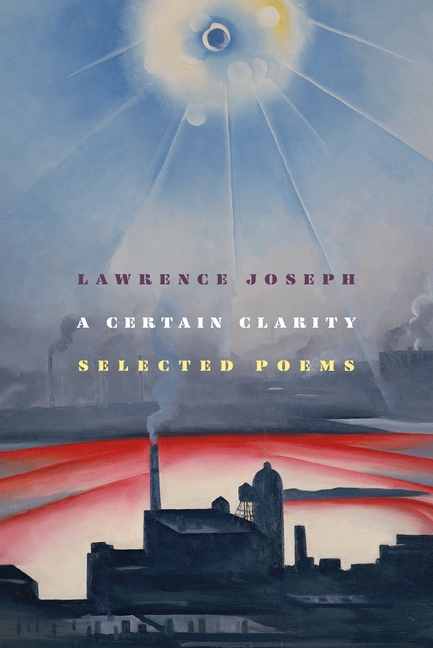 Lawrence Joseph's ever-new interactions of thoughts, voices, and languages―influenced by his Lebanese and Syrian Catholic heritage, his professional life as a lawyer and legal scholar, and the economies of the world of working-class labor from which he comes―bear witness, on multilayered spatial and temporal planes, to the velocities of global and historical change, and to power structures embodied in endless wars, unleashed capital, racism, and ecological destruction, presenting an ongoing chronicle of what it means to write poetry in the turbulent times in which we live.

What The Reviewers Say
Rave Paul Franz,
The New York Times Book Review
The local and intimate find their place on a global scale that the writing strives to bring close ... Not the first poet to meditate on political economy and empire, Joseph is distinguished by his knowledge, which is not merely technical...his poetry favors blunt words and has an ear for meaty talk ... No less than John Ashbery’s, Joseph’s poems soak up and savor common phrases ... And they have talk’s way of skating on thinnest ice: More than one poem ends up in a drastically different place from where it began, abrupt shifts testing the pressure talk can sustain ... The technique envisions strong sensations converging with moral judgment. Knowing how the poor can brutalize the somewhat less poor, and are brutalized by the powerful, Joseph knows, too, the fog-effect of official language and tries — not always successfully — to pierce it ... A poetry of force, and of statement, but somehow not always of forceful statement, Joseph’s is one in which verbal extravagance serves a distinctive kind of reverie. Walking or driving, mind and senses keyed up to highest pitch amid his wasted and opulent cities, he lets present and past wash over him ... He is one who derives equal power from looking into violence’s face and turning toward the beautiful as a compensatory violence of vivid sensations in which he rests his moral hope. Unafraid to push language to its breaking point in tautology, A Certain Clarity is a major work of American art that lives up to its early promise.
Read Full Review >>
Rave Ed Meek,
Artsfuse
... we can trace Joseph’s development as a poet and see how his verse grows more complex and meaningful both in terms of what he writes about the world we live in today and what he says about the role of poetry in our lives ... understated but concisely descriptive ... Joseph’s poetry distills our puzzlement at a society that is increasingly baffling. We don’t know what we can do about the growing onslaught of violence and irrationality, particularly now, when our country is led by an immoral con man who doesn’t even understand the world around us, but who is influencing it to ill effect ... He writes poetry that is genuinely bold and vital and that deserves a wide audience. There is a long-standing argument in poetry. Does poetry matter? Joseph is making the case through his writing that poetry does indeed matter.
Read Full Review >>
Positive Michael Autrey,
Booklist
In this volume of selections from six previous collections, Joseph’s best poems juxtapose the human, which is moral, with the diction of the state and of stateless wealth, which is amoral, in such a way that Samuel Beckett’s claim, 'Being is constantly putting form in danger,' becomes true in a way that Beckett could not have intended. Beckett didn’t have the words for the new ways that money and data separate us from our lives and the meanings we attach to them. If this sounds abstract, Joseph makes it terribly clear and intimate in ways few other poets ever consider.
Read Full Review >>
See All Reviews >>
SIMILAR BOOKS
Fiction

Fantasia for the Man in Blue
Tommye Blount
Rave
What did you think of A Certain Clarity: Selected Poems?
© LitHub | Privacy