A Book of Bones: A Thriller 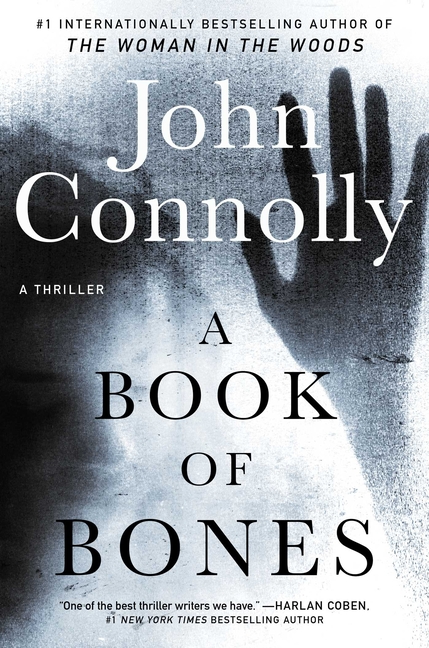 Private Investigator Charlie Parker returns as he seeks revenge against the darkest forces in the world. Three bodies are found. Each is a sacrifice, a summons. And something in the darkness has heard the call.

What The Reviewers Say
Positive Crime Fiction Lover
Irish author John Connolly has never shied away from placing supernatural elements in his crime series, and never has this been more evident than in A Book of Bones. The size and scope of this novel allows for a thorough and fascinating exploration of British folklore, and Connolly uses all that he has found to create a gothic atmosphere of dread. For all of the horror elements present, and there are many, this remains a crime novel with horror shadings rather than the other way around. The inclusion within the story of the local police investigation into the murders helps to ground the book in the physical realm ... Elsewhere, the reasons for Parker’s enduring appeal are all present. The battered detective, gruff and taciturn as he is, remains appealing for his simple refusal to give in. Connolly’s prose is lyrical, almost literary, and his storytelling instincts for plot and pacing are as sound as ever. However, after a very long build up during the story, the final confrontations are too short, almost perfunctory.
Read Full Review >>
Positive David Pitt,
Booklist
Connolly pits private eye Charlie Parker against two of the most intriguing villains he’s created ... This is the seventeenth book in the Parker series, and it’s as fresh and surprising as the first ... The key to the series’ success is the way the author approaches the stories: although these are mysteries with supernatural elements, Connolly writes them as though they were traditional thrillers, with completely believable plots and real-world characters (even the otherworldly ones). Series fans will be thrilled, and, since the author provides a goodly amount of background to the current story, newcomers can jump right in.
Read Full Review >>
Positive Joe Hartlaub,
Bookreporter
Connolly includes enough references to matters outside of the novel’s four corners to give anyone with even a modicum of historical curiosity a plethora of wondrous distraction. For anyone else, his superlative writing is more than enough to carry one through to the terrifying conclusion, where any character can be --- and is --- consigned to the choir invisible ... While Connolly is a master at bringing newcomers up to speed on what has unfolded, those who previously had not visited Charlie Parker’s world will feel compelled to go back and read what has gone before. Please do. You will not be sorry, even when you imagine hearing a tapping at your window.
Read Full Review >>
See All Reviews >>
SIMILAR BOOKS
Fiction

Before She Disappeared
Lisa Gardner
Rave
What did you think of A Book of Bones: A Thriller?
© LitHub | Privacy