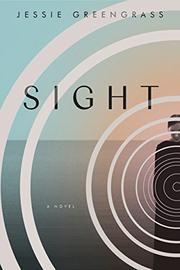 This debut novel considers the intrinsic intimacy and distance between mother and daughter, from the perspective of a narrator who is both, as well as the struggle to clearly see one another and oneself.

What The Reviewers Say
Positive Lauren Elkin,
The Guardian
Sight is narrated by a nameless young woman who, pregnant with her second child, meditates on her mother’s death and its aftermath, her relationship with her psychoanalyst grandmother, and how difficult it was to decide to have her first baby. The narrative brushes back and forth in time, bringing unexpected connections to the surface. One section details the period after her mother’s death when she would spend days and days reading aimlessly about science and history, seeking 'a way to understand myself by analogy, a pattern recognised in other lives which might be drawn across my own to give it shape and, given shape, to give it impetus, direction'. She would page through medical textbooks, looking at images of 'bodies dissected or described', reading case files and contemplating 'all the many ways there are to see inside ourselves and still I feel that, correctly understood, they might constitute a key – ' ... By using words like ruminative or meditative to describe the book, I am not implying it is messy or haphazard. On the contrary, the writing is poised – but as if on the edge of a precipice. Hovering between the novel and the essay, unfolding through long, languorous sentences, Sight builds meaning through juxtaposition, through surprising mirrorings and parallels; the narrator even keeps a bulletin board where she places certain photographic talismans that recur across the narrative.
Read Full Review >>
Positive Lucy Atkins,
The Times (UK)
Some serious novels fling open their doors and usher the reader towards rich and transporting pleasures. Others demand more investment and toil. Sight, Jessie Greengrass’s debut novel, falls into this latter category ... Sight is a bookish young woman’s exploration of her shifting sense of self as it is funnelled into motherhood. We follow the first-person narrator from her early twenties when she loses her own mother, through meeting her partner, agonising over whether to have a baby with him, then having the baby ... Her heartfelt self-examination at every stage is broken up by accounts of historical figures that resonate with her preoccupations. We learn, for instance, about the 19th-century physicist Wilhelm Röntgen, the inventor of the x-ray machine; and about the life and work of the 18th-century surgeon John Hunter, whose collection of anatomical curiosities the narrator visits at the Hunterian Museum in the Royal College of Surgeons ... The poise, intelligence and serious intent of Sight will be lauded, and rightly so. I would not be surprised to see it on heavyweight prize lists. It might, at this point, seem superficial or even petulant to ask: 'But is it enjoyable?' If you need to pose such questions (let alone have answers to them), then perhaps this is not the book for you.
Read Full Review >>
Positive Andrew Billen,
The Times (UK)
Comic books used to advertise mail-order x-ray spectacles, the main use of which, at least as indicated in the accompanying drawings, was to see through women’s clothing. I am pretty sure they didn’t work. The anonymous narrator of Jessie Greengrass’s first novel — a literary and uncomic novel if there ever was one — is more ambitiously interested in seeing into people’s souls. Her conclusion is, I think, that it cannot be done, and were it to be possible it would be as much an act of violence as a gift ... The narrator speaks with empathy, having had a terrifying shrink of a grandmother — Doctor K — who analysed her over breakfast. Granny is not the only problematic family member. Her father deserts. Her mother’s early death does not warm up their cold relations ... Each is refracted through the narrator’s exhaustive unhappiness, expressed in philosophically turned sentences that can last more than 100 words and over paragraphs that plough through two and a half pages ... Take an x-ray of Sight and the scan would reveal something resembling the contents of a tin of cassoulet: good things floating in a thick and indistinct sauce; largely unappetising.
Read Full Review >>
See All Reviews >>
SIMILAR BOOKS
Literary

What Could Be Saved
Liese O'Halloran Schwarz
Positive
What did you think of Sight?
© LitHub | Privacy